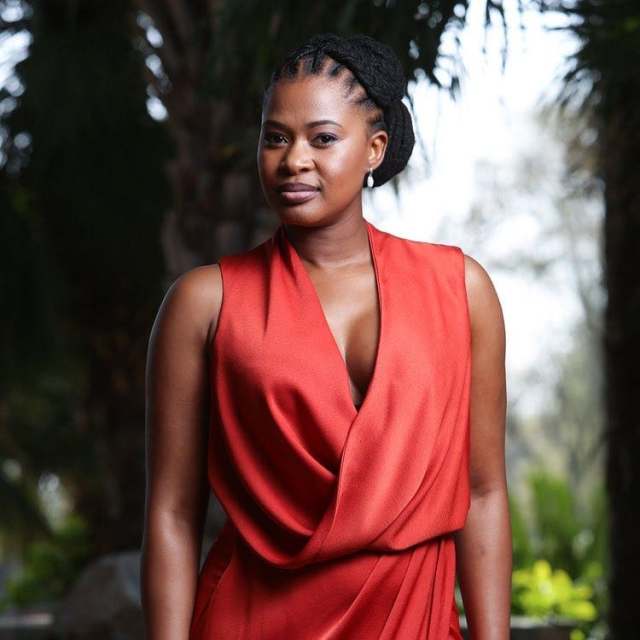 Everyone is feeling the cold this winter and it appears no one is safe. Our fave Zenande Mfenyana recently took to Twitter to reveal that she misses being pregnant after welcoming her first child in 2020. The actress goes on to add that she was not feeling this cold while she was pregnant with her daughter.

“I definitely miss being pregnant coz I don’t remember being this cold last year this time.”

Celebrating her first mother’s day recently, Zenande saw it fitting to give her fans a glimpse of what her baby girl looks like. She posted a picture carrying her daughter on her back.

Mfenyane also reacted to a South African woman who gave birth to ten babies to set a new world record. The first one was set by Malian Halima Cisse who birthed nine babies this year. Taking to Twitter, she that she already has her hands full with one baby and does not know how she would handle ten.

“It’s seven boys and three girls. She was seven months and seven days pregnant. I am happy. I am emotional. I can’t talk much. Let’s talk again in the morning please,” Teboho further added. The stories had captured the attention of both local and international media.

On the 20th of May 2021, Zenande opened up about the pressures she had from society to have her first child and find love. Often she was told that the love train had long left her.

She did admit that at a point she thought she’d never find love or experience motherhood. “To think that there was a time I thought the love bus had left me soaked and alone at the bus stop, that I’d never find true love or be somebody’s Mama”, shared the actress in part.