I married a man who has capacity to kill me: Dineo Ranaka breathes fire, reveals why she divorced

I married a man who has capacity to kill me: Dineo Ranaka breathes fire, reveals why she divorced 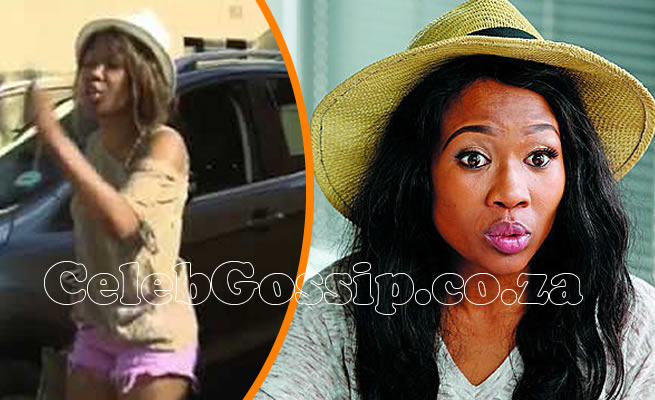 Media personality Dineo Ranaka has refused to hand over several documents and an audio recording of her estranged husband, Klaas Pesha, allegedly assaulting her in a domestic violence tiff that resulted in the collapse of their marriage last year.

The tape was requested by Pesha’s lawyers to prepare for the R500 000 defamation lawsuit he filed against Ranaka at the Joburg high court in June.

Pesha filed the lawsuit after accusing her of “fabricating” the assault allegations against him.

He said he discovered Ranaka’s defamatory statements when she posted them on her Whatsapp status, alleging he had assaulted her in one of their domestic squabbles at their Tshwane home.

Pesha said the Kaya FM breakfast show host said the incident took place seven months after they tied the knot. She immediately dumped him as she could not stand to be with a man she claimed was a perpetrator of gender-based violence.

Her ex-hubby said she stated she would rather file for divorce than be bumped by him.

“I would rather have a divorce decree than [sic] a premature death certificate. I cannot believe I married a man who has the full capability of killing me and making my death look like it’s my own doing,” reads the message.

Pesha said Ranaka’s legion of fans, friends and family were on her contact list when she posted the messages. He further stated that Ranaka made the statements maliciously, knowing they were false because he was never arrested or charged for assaulting her.

His lawyers wrote a letter of demand to Ranaka on October 14 2021, ordering her to retract her status and apologise to him, but she refused. This, he said, left him with no choice but to approach the court for relief.

In her defence, the former YFM and Metro FM presenter insisted Pesha assaulted her while she was holding their three-month-old baby.

She said she had wanted to open a case of assault against him but he threatened to file a counter charge.

After responding she will defend the matter, Pesha’s legal team asked her to produce the audio and the documents to prepare for trial, but Ranaka refused. In her discovery affidavit she submitted in court on August 31 2022, Ranaka said she was indeed in possession of the audio and the documents. “I have in my possession or under the custody and power, the documents or recordings relating to the matters in question in this suit and which can be used in this action, and which tend to prove or disprove either party’s case, which are set forth in the first schedule,” read the affidavit.

A Johannesburg-based lawyer, who did not want to be named, said Pesha’s legal team will write a letter to Ranaka’s lawyers and demand she hands over the audio clip and other documents in her possession because they need them to prepare for trial.

“The trial cannot proceed without Dineo Ranaka handing over audio clip to his [Pesha’s] legal team. The court will not allow that to happen, eventually she will be forced to hand that over to his legal team,” said the lawyer.

Ranaka could not be reached for comment at the time of going to press as she ignored our phone calls and messages sent to her.