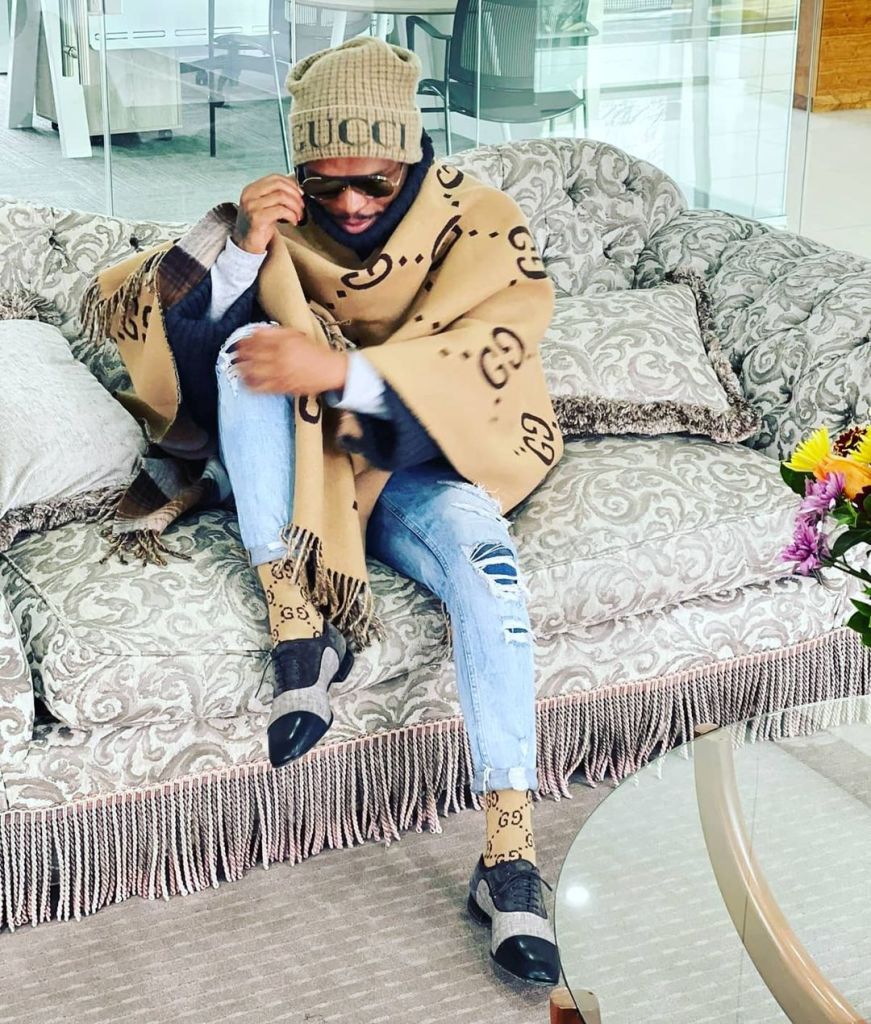 When it comes to fashion some local celebrities take luxury names very seriously and media personality Somizi Mhlongo wants us to know he doesn’t buy any fakes.

An Instagram page Fake Gucci Community SA is causing quite a stir on their social media page. The account tags well-known faces and spots fake Gucci items worn by a certain celeb.

According to the account, Somizi wore a “fake” Gucci bucket hat. The Metro FM radio host says he loves the account and they doing “the lords work.”

However, he denied wearing a fake, going to certain lengths to prove the page he indeed wearing the real deal. Somizi was at a Gucci store recording that he buys straight from the luxury Italian brand. He also showed he has a personal account, showing his previous purchases.

A video posted on his Instagram account, the multi-talented star said he was shocked at the accusation that his Gucci hat was a fake.

“Usually I would ignore it because I know my truth but hai guys I have worked so hard. This would discredit everything I wear.”

The Fake Gucci Community said previously it did not expect Somizi to wear a fake.

He posted: “Fake products from the Somizi. I hope you were just an innocent consumer who was scammed into thinking this was real. Either way it’s fake!”

However after Somizi called them out, they responded.

On Friday Somizi confirmed he is returning to Metro FM after he took some time off. His estranged husband Mohale Motaung accused Somizi of been physically abusive.

The Metro FM host denied Motaung’s claims and instituted legal action against him in addition to finally filing for a divorce after less than two years of marriage.