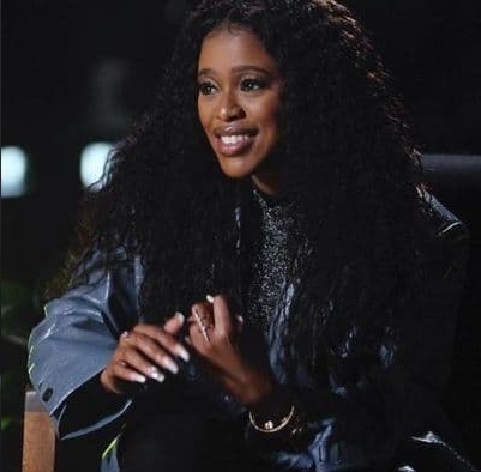 Mzansi actress Natasha Thahane opened up about the reason she never dated in high school in an interview with musician Moonchild Sanelly on The Madness Method which aired on Saturday 21 August on BET Africa.

The Blood & Water actress explained that her mom had her quite young, so her grandmother and family tried to protect her from the world.

“My mom had me when she was 19 so she had to like finish school and my grandmother was always there to guide me, cause I am a girl child, I mean if you already have a girl child who has a kid at 19, now you’re already trying to protect this girl child as well because you don’t want them to repeat,” said Thahane.

“So, they literally tried to shield me and protect me and support me,” she continued.

The actress explained that this made her scared of men and that is why she avoided dating.

“I hardly shoot my shot hey…I flirt, but I don’t entertain the flirts, like I’ve always been scared of men, I never dated in high school, I was scared of boys and cause of my mom having me at a young age as well I was always scared because they always made it seem like ‘oh my gosh’ they’re going to mess up your life,” said Thahane.

Does this mean Orlando Pirates midfielder Thembinkosi Lorch had to shoot his shot at Natasha? Well, the couple are yet to reveal their full love story. All we’ve had so far were “baecations” and break-up rumours.

A card that the actress picked on the show, read “reveal how you did it” and Natasha told viewers how she was able to purchase her first home by working back-to-back trying to get that deposit.

“I just recently bought a home and it was like a lot of work and I worked back-to-back, I was shooting in Cape Town and Joburg, shooting on Sundays even, just to make sure that, okay cool, I’m getting the deposit for the house,” said Thahane.

“There’s no man that can come into my home right now and put their feet up and say that I bought you this house,” she continued.

Natasha Thahane plays the role of Wendy Dlamini on Netflix’s Blood & Water Season 2 which is set to be released on 24 September.