I don’t know how I lost her; Khanyi Mbau’s ex Tebogo cries as her bae pays R1 MILLION lobola (VIDEO)

I don’t know how I lost her; Khanyi Mbau’s ex Tebogo cries as her bae pays R1 MILLION lobola (VIDEO) 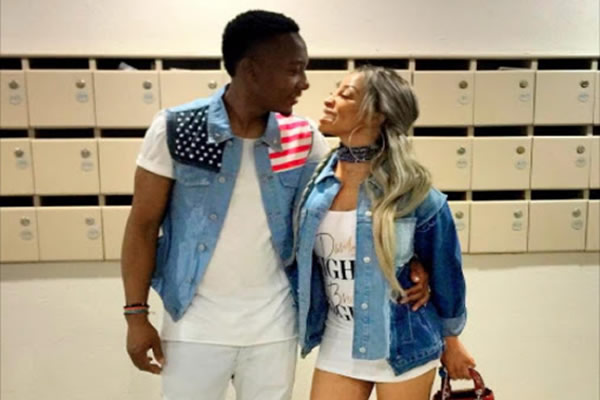 “I am grown enough to accept defeat. I would like to wish her, nothing but success in her journey,” Tebogo said in his post.

As actress Khanyi Mbau’s new romance continues to flourish, her ex-boyfriend Tebogo ‘Edward Billion’ Lerole has penned a letter asking he be kept out of the mainstream media’s focus as he’s cut ties with Khanyi and wishes her well on her new journey.

Khanyi recently started letting fans into her latest relationship with Zimbabwean businessman Kudzai Terrence Mushonga on her social media. This week the rumour mill has been churning with unverified news that the pair are set to tie the knot soon.

This after, Kudzai spilt the tea about wanting to pay lobola for Khanyi.

Responding to a question on Instagram Stories asking if he would marry his bae, Kudzai said: “Big yes. Paying lobola just now.” He also posted snaps and videos of himself in Khanyi’s “hometown” of Soweto and referred to her as his wife.

After he was allegedly bombarded with media enquiries about the matter, Tebogo took to Instagram to say his piece.

“So here goes. If you genuinely know me you’ll know how I hate being dragged in the media especially for impractical rationale [she knows it too]. I am not a personality and unquestionably not a celebrity either, I am a black man raising a daughter/nephew in this exacting world,” his lengthy caption to a video with Khanyi and her daughter began.

The video Tebogo accompanied his long caption with was a throwback to happier days with Khanyi and Khanu.

“Up above is a clip I believed to be my/our own perfect/imperfect family and for once I believed this world would end with us standing by each other’s sides. I love M and M2 profoundly, just thinking of moments and our journey leaves me giggling. I don’t know how I lost the both of them, however I cherish and will always cherish the day the creator tangled our paths.”

Tebogo went on to sing Khanyi’s praises but concluded his letter with well wishes for her.

“She is an amazing human and has such an adorable smile — she must constantly glitter. I am grown enough to accept defeat. I would like to wish her, nothing but success in her journey and lastly please cut her and myself some slack. Love is beautiful and we tried,” he said.

Watch the cute video below: