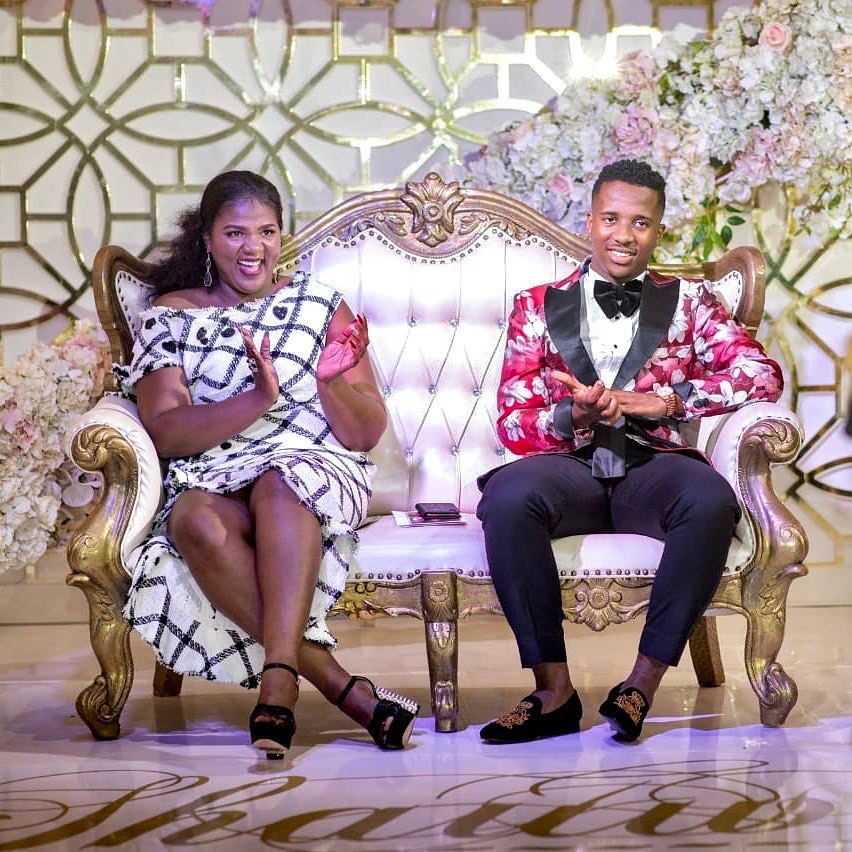 Irrespective of what people think about Shauwn “MaMkhize” Mkhize, the flamboyant reality TV superstar will remain the people’s favourite, whether in a good or bad ways.

Despite all the threats about Royal AM, a DStv Premiership club owned by her son Andile Mpisane, MaMkhize seems unshaken and sticks to her guns that the

money she splashed on the field on Sunday was proceeds from players’ bets.

Yesterday she spent a day in Pietermaritzburg handing over 10 sets of soccer kits to Midlands Wanderers FC, a team campaigning in the region’s ABC Motsepe League, and Crystal Rangers Academy.

She reiterated that money that trended on Sunday, with Mpisane seen with loads of cash on the field of play handed over to players, presumably as incentives for having won the KZN derby 2-1 against Maritzburg United, was contrary to what people thought. The businesswoman said she doesn’t care what people think about their behaviour.

She said contributions were made by players that should they win the derby, the money will go directly to Wanderers and Rangers Academy. Indeed, she kept her promise in a ceremony attended by Umsunduzi Mayor Mzimkhulu Thebolla at the Royal Ranch, AM’s club house in Pietermaritzburg.

She claimed there were also cheques at the stadium which were handed over to the two clubs yesterday.

“What happened over the weekend, happened and we are here now. I’ll never change the thinking of people, but I’ll always do what I feel is good and what I think is right at the time.”

With the club having won four games on the trot, MaMkhize said she will not blow her own horns, just yet.

“It makes me feel better, but we are not pompous,” she added.

“You know, sometimes they say, ‘God has time to show off’. I think God is showing off, but it doesn’t mean this is what is going to be like forever. Our approach is to take it one game at the time, but we are excited with four wins in a row, and position three.”

Royal moved to third on the Premiership log with 12 points.