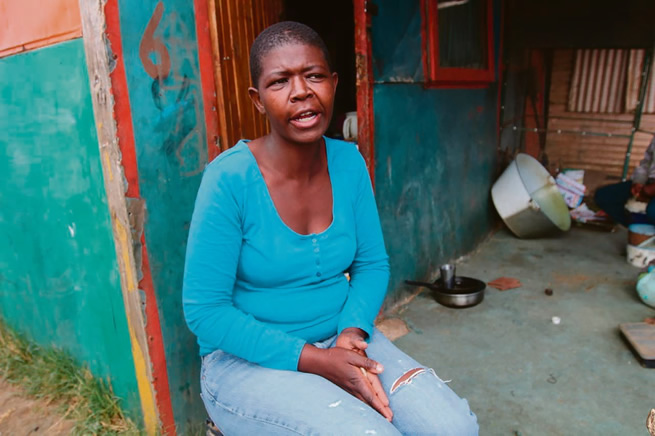 This is the desperate cry from Tryphina Ntshodisang (38), who went to collect her ID and found Mahube Home Affairs officials had made her a man on her receipt.

Tryphina said whenever she visits Home Affairs, officials look at the receipt and tell her they can’t help her because the receipt is that of a man.

Her fingerprints don’t appear on the system, either.

“Home Affairs says in my duplicate from 2014 at Mahube Home Affairs I’m a male,” she said.

Tryphina from Mamelodi extension 18, Tshwane, said: “The mistake they made also affects my children as, like me, they don’t have birth certificates.

“The ID is the missing link between me and a better life as I can’t get a job and my children aren’t getting any grants.”

The mother of five children said she can’t vote and her 16-year-old daughter is struggling to get a space at any high school.

She often visits Home Affairs and is reminded she’s a man and her fingerprints don’t appear in their system.

She said she’s still keeping her mother’s death certificate, who died in 2009 in Mamelodi East, hoping it will help her to get an ID.

“I don’t know my father. Maybe if he was around he’d have intervened and helped me to apply for an ID,” she said.