‘I bully bullies’ – Somizi Stands Up For Himself

‘I bully bullies’ – Somizi Stands Up For Himself 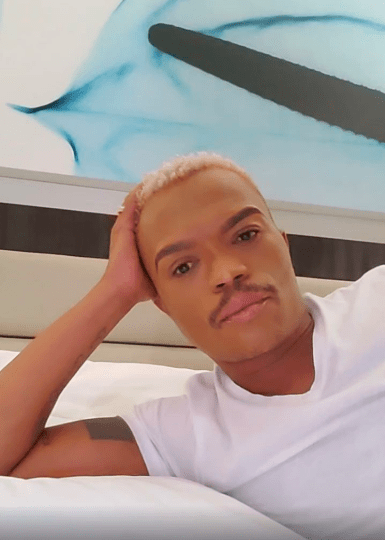 South African television and radio personality Somizi Mhlongo is officially standing up to bullies. The Dinner At Somizi television host took to his Instagram account to reveal this.

Stand up to bullies……its worse on these social media streets…..and it doesn’t only happen to celebrities…..it affects everyone,” was the caption to SomG’s video taking a stand against bullies.

“I woke up one day and I had this tag line; because I’ve realised that so many people are being bullied and I want to help them and empower them and I want them to know that bullies are actually cowards.” Said an amped Somizi Mhlongo. “Stand up for yourself and if you are being bullied – break the silence and talk about it. And I said for myself, I’m not bullable, I bully bullies.”

He has printed his ‘I’m not Bullable, I Bully Bullies’ T-shirts which he’ll be giving away to fans he comes across. He’s got stock in his car.

There’s been a lot of drama surrounding Somizi’s much-publicised wedding to Mohale. The two, who instantly became a hit with fans on social media appear to be drifting apart (According to reports in South Africa). Earlier in the month, the outspoken media personality jetted off to Cape Town with his best friend Vusi Nova, while Mohale went to his hometown for the weekend. Somhale, however, revealed that all is well and shared their plans to start a family when they graced the cover of True Love Magazine.

However, rumours that there’s trouble in paradise are increasing each week. Just this past weekend, Somizi went on another getaway with Vusi Nova to the Kruger National Park and Mohale was not present.

We certainly hope that their separation rumours are not true as we’re big fans of their relationship. However, only time will tell whether these are just false claims or indeed fact.