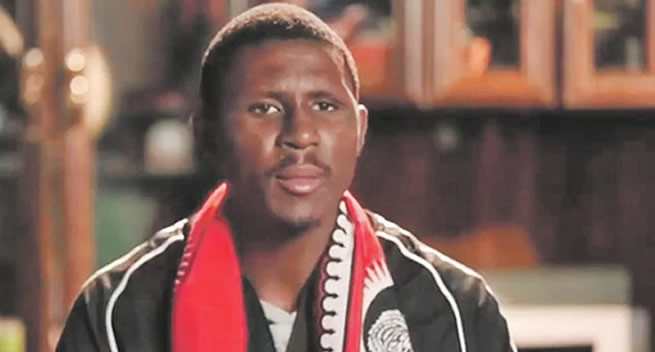 Fallen millionaire Bongani Biyela, who starred in the reality TV show I Blew It, was arrested for attempted murder .

Biyela made headlines two weeks ago when he appeared on the popular Mzansi Magic TV show that profiles former instant millionaires who blew their fortunes.

Speaking to City Press shortly before he was formally charged by the police, Biyela said he had visited the home of a former business associate on Friday to address a failed business deal but things escalated.

“I am not okay. I am in hospital getting stitches. After that I am going with the police, I am arrested. I got hurt on my chin during a scuffle. I went there to have a chat with him, but he became angry, so I had to defend myself,” he said.

“I fought him with a broken bottle. He is hurt and he is also in hospital,” Biyela said.

The broke former millionaire was awarded R1.4 million by the Road Accident Fund (RAF) after he was hit by a car in Eshowe in KwaZulu-Natal in 2013. After spending weeks in hospital, he was discharged and claimed from the RAF for the injuries. His claim was finalised in September 2018.

In an effort to save some of his windfall, Biyela made a few failed investments. On the show, he claimed that the business associate approached him while he was taking his learner’s licence lessons at his driving school.

“I went to him to do a learner’s licence and he said to me that, in order for me to ensure that my money did not run out, I should buy a truck to work at his driving school.

“He said he would give me monthly payments of R5 000,” Biyela said.

After buying the truck for R130 000, Biyela agreed to have the vehicle registered under the driving school owner’s name.

They then had a verbal agreement on how Biyela would benefit from the deal. However, the former millionaire accused the driving school owner of scamming him – by not paying him the monthly R5 000 as per their agreement

On the show he claimed that the business associate then hired thugs to threaten him to leave him alone.

“He was charged with attempted murder. The police arrested him at his home,” Mbele added.

Biyela became the talk of the town after he explained on the show how he blew his fortune within a year.

He said his first purchase was a VW Polo vehicle for R79 000. He then bought a stretch tent for R10 000 and splashed another R35 000 on a mobile fridge, a sound system and a van which was later stolen.

Biyela said he wasted a chunk of his money on partying, alcohol, expensive hotel stays which were about R20 000 a night, and failed businesses which included mobile equipment hire and another vehicle used as an Uber.

This is not Biyela’s first brush with the law.

Previously he was arrested for being in possession of a police walkie-talkie inside his Uber vehicle. He said the charges were later withdrawn.