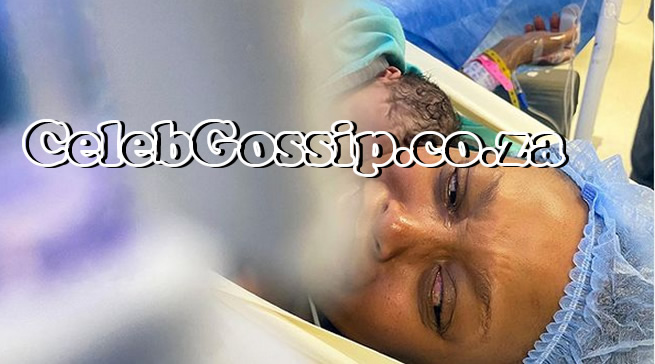 Media personality Relebogile Mabotja has opened up about her childbirth story, revealing that nothing went according to plan and that she almost lost her son.

Relebogile announced her pregnancy earlier this year with a stunning Batswadi magazine cover. Thereafter, she shared parts of her journey to motherhood with fans on social media.

However, when Relebogile took a break from social media at the beginning of May, her fans assumed that she had welcomed her prince. Earlier this week, the TV presenter returned to Instagram and confirmed that she was now a mother to a baby boy.

Relebogile took her fans back to the day she gave birth, detailing how nothing could have prepared her for the events of that day.

“Nothing in the world could have prepared me for this moment. Not a class, not a book, not advice, not other mothers’ experiences … Nothing. Nothing went according to plan. So much went wrong in the build-up. It was an emergency we didn’t anticipate. We could have lost you again. Yet the moment was perfect. And I was ready. More importantly, so were you!” she said.

In a follow-up post, Relebogile revealed that she gave birth through caesarean delivery.

The new mom shared her experience the first time she held her baby in her arms.

“I was out of bed from my op 15 hours after being cut so I could walk to my baby in NICU and get some much-needed skin to skin bonding, feeding and staring and smelling and loving.”

Relebogile said one thing that caught her off-guard was how much anxiety she got from realising that she no longer had her baby inside her.

“Baby was taken to NICU immediately after being checked and when I was in recovery, and realised my belly was empty and my baby was not with me, I sobbed. I wasn’t prepared for the separation anxiety and the penny dropping that I am no longer pregnant. Even now, I still have moments of holding my belly and missing the feeling of him being there.”

Read the full caption below: