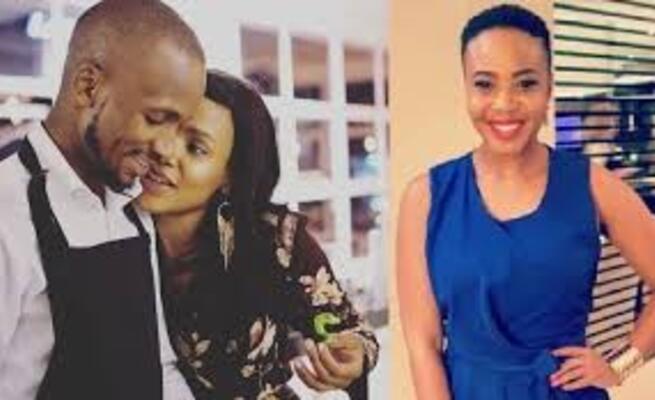 Former YOTV presenter Hulisani Ravele has pleaded with the universe to get a boyfriend in 2021.

The two child-stars who dated during their YOTV days broke up after Psyfo met his current wife; Amirah. Psyfo dated Amira for three years before proposing marriage and the two got married last month.
“My New Year’s Eve wishlist, BBB: Brown Sugar, A boy, and Bubbles. I know you hear me universe. Pretty please and thank you.”

The TV presenter replied to her tweet from last year and tweeted: “If at first you don’t succeed, try and try and try again. Dear Universe, my message doesn’t seem to have reached you last year and here I am again, asking nicely… Thanks!”

The fact that Ngwenya and his wife dated for just over three years before they became husband and wife didn’t sit well with some Tweeps as they believe he wasted Ravele’s time during their 10-year relationship.

Hulisani, however, doesn’t feel like his ex wasted her time as her fans suggest. She addressed this during an interview with Mac G last year.

Ravele stated: “He has an amazing heart, he’s a kindhearted person that genuinely means the best.”

When asked why they broke up, Ravele said: “Life happened,”

And no, she doesn’t feel like her time was wasted in the relationship. “At the end of the day, for me, a marriage is just a relationship that just has a certificate attached to it.” She added that they did speak about marriage. “People grow apart, it happens,” she said.

In case you’re wondering, it wasn’t a bad breakup.

Here’s to hoping that things turn around for Ravele in 2021!