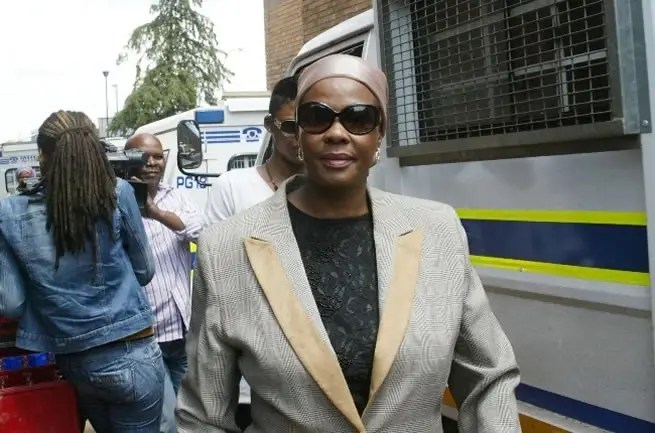 The High Court in Johannesburg has struck off the roll the urgent application brought by Molemo ‘Jub Jub’ Maarohanye’s mother, Jaqueline Mpambani, against Amanda du Pont and Masechaba Khumalo.

Mpambani wanted Du Pont and Khumalo to remove the posts in which they mention her name while making damning rape and s.e.xual assault claims against her rapper son.

Mpambani said that the mention of her name and claims that she used muti had resulted in her being harassed.

Jaqueline Mpambani – or Mama Jackie as she’s more commonly known – said that that she was not trying to silence the rape allegations against her son but rather that she wanted her name removed from the social media posts wherein the two women accuse her son of s.e.xual crimes.

Her lawyer, Vicky Olivier, argued that Mpambani’s life had been threatened by strangers who believed that she practiced witchcraft and that she had unduly shielded her son after Du Pont said in her video that she had seen her using muti while Khumalo tweeted that she was raped in Mpambani’s home.

At the same time, Du Pont and Khumalo’s lawyer, Tembeka Ngcukaitobi, argued that granting the interdict directing his clients to remove their posts would amount to a gagging order that would benefit Mpambani’s rapper son, Jub Jub.