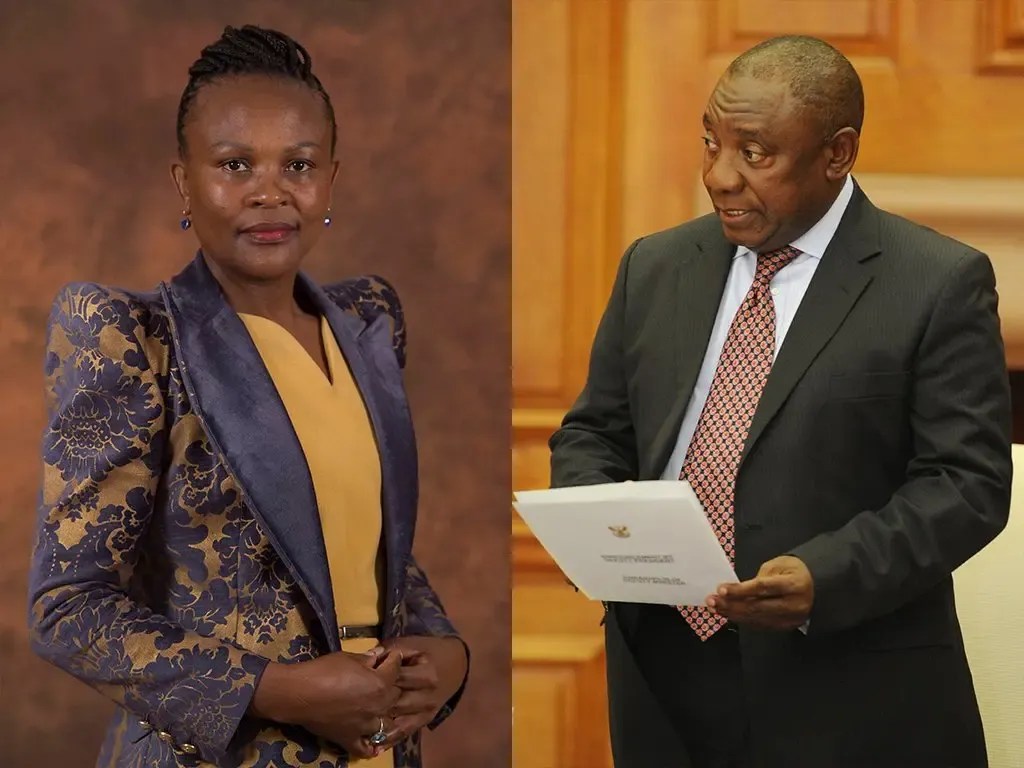 Public Protector Busisiwe Mkhwebane has closed some of the investigations involving allegations made against President Cyril Ramaphosa and some ministers.

Mkhwebane was asked to probe a breach of the constitution, the executive ethics and violation of the code of ethical conduct and disclosure of members’ interests, among other things.
In a statement, Mkhwebane said her office applied the applicable laws to the facts and made conclusions.

“Throughout the various investigations, we sought to establish what happened, what should have happened and whether there was a discrepancy between the two and whether discrepancy, if any, constituted maladministration and improper conduct,” she said.

In a complaint by whistleblower Thabiso Zulu against President Ramaphosa, Mkhwebane said she concluded that she could not pursue the complaint made in April 2020
Mkhwebane said Zulu alleged that after the assassination attempt on his life in October 2019, Ramaphosa promised him he was to be taken to a place of safety and be provided with protection.

“Based on the complaint and analysis of the documentation received, the public protector has come to the conclusion that it would therefore be improper to pursue the matter further and make any pronouncement on the allegation that the president failed to uphold the constitution, based on an alleged promise he made to Mr Zulu as no evidence of such an undertaking could be established.”

She also said it was also unclear how Ramaphosa would constitute a failure to uphold the Constitution on his part.
Shivambu lodged a complaint in October 2020 and asked whether Munusamy’s appointment was made in terms of the Public Service Act and whether it was acceptable and rational for Mboweni to appoint Munusamy when she was implicated in the Zondo commission for receiving money from the state intelligence funds.

Mkhwebane said she concluded that the appointment of Munusamy was made in terms of the Public Service Act.

Regarding the complaint against former DA leader Mmusi Maimane, Mkhwebane said it did not fall within her jurisdiction because he resigned as an MP in October 2019.

Hindu Unity Movement leader Jayraj Bachu lodged a complaint in October 2019 after Maimane declared in the MPs’ register interest a property in Cape Town as his own though it belonged to a shelf company owned by a Durban businessman Wessel Jacobs.

She said the matter did not fall within her jurisdiction This is to say Mr Maimane was not performing a public function in any of the state departments nor administrative functions in the national, provincial and local spheres of government.