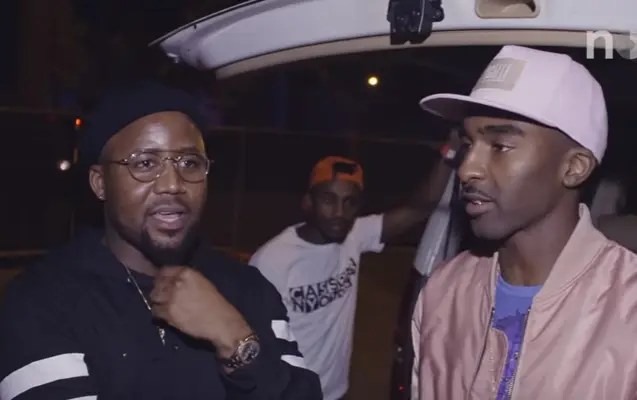 Speaking during an interview, he said they used to interact online and used to send each other music back and forth.

He revealed that they only met each other in person three years later.

The two were famously known to be close friends till an unending beef started between them.

It is still not yet clear if the two managed to sort out their differences before he died.

Meanwhile, on Wednesday, when the rapper was announced dead after committing suicide, Cassper Nyovest put Riky Rick’s photo as his profile picture on Twitter, and also shared a video of him singing the last song he featured, ‘Sondela’

This is how Cassper and Ricky Rick makhado met.

“This is probably my favourite picture of us. There’s a lil funny story to it. As a man, I am very uncomfortable with another man touching me or worse, being behind me. So when Riky crept up behind me in the middle of an interview, what I really wanna do is turn around and ask “Which one is this one now” lol… But when I heard his voice I had to put my guard down and chill cause it was him. I don’t remember what he said in this interview but I know he was showing love like he always would. I’m not ready to let go yet, it’s all still in shock but what I shared with this man was real and we both knew it. My brother!”