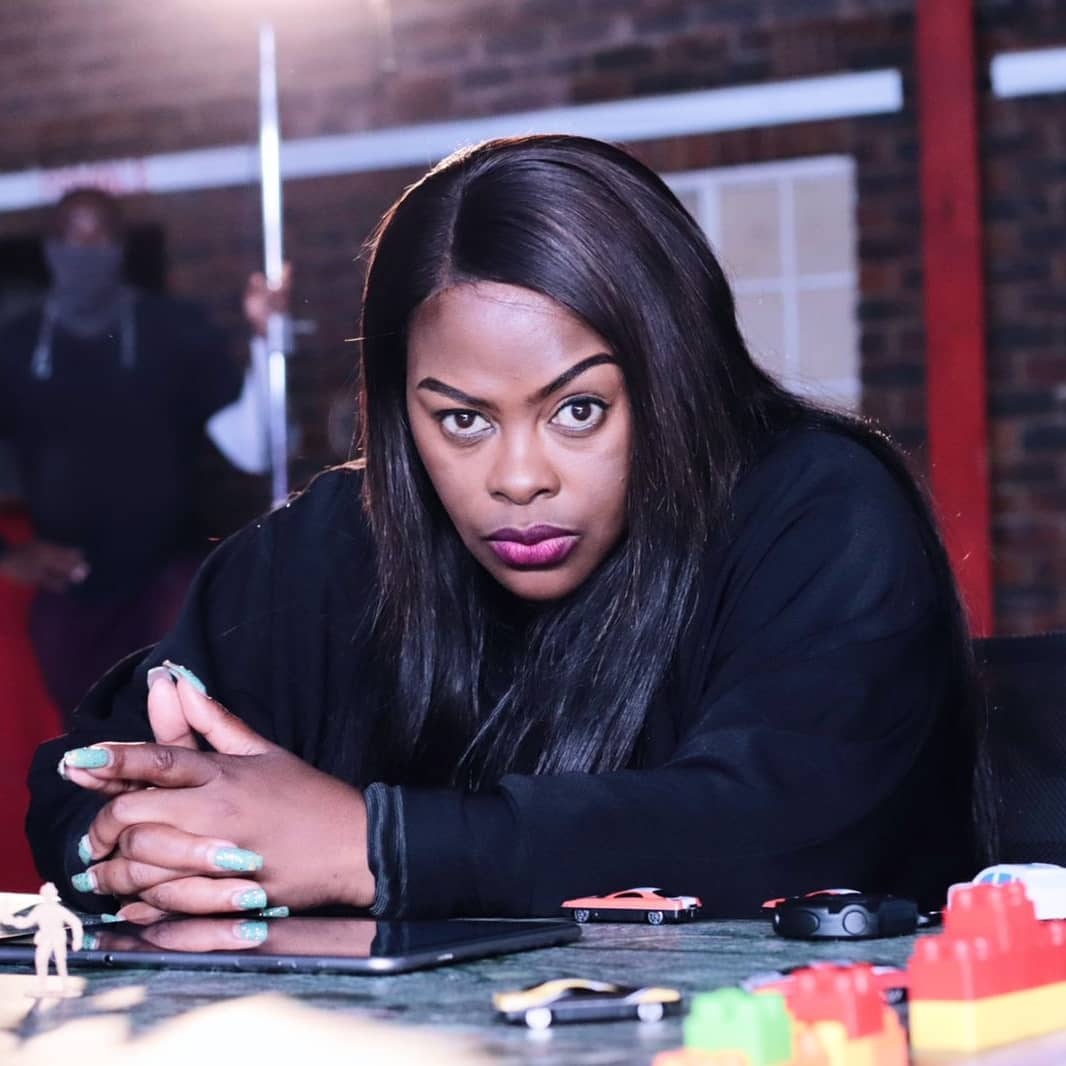 Dawn Thandeka King recently returned to DiepCity after a knee injury on set that forced her out of action for four months.

Loved for her other roles in Lockdown and Uzalo, she shares why her injury was both a blessing in disguise and a curse:

Welcome back. What was is it like to be back on set after your injury?

It’s such a relief. I was going crazy not doing anything and sitting at home. It’s exciting to be back and doing what I love to do.

How long were you out?

It was four months. I got injured in April and I’ve been back on set for three weeks. It was two weeks of total immobility because the surgery was still fresh and then after that I started with physiotherapy.

It was during a fighting scene and it is one of those things that go wrong. Accidents do happen on sets and it was one of those freak accidents out of nowhere. It happened so fast and it was in the heat of the moment. All I remember is that popping sound and I prayed it’s not what I thought it was — and it was worse than I thought it was. I just didn’t want something to stop me from working.

Was that your worst fear?

It wasn’t fear, I went into full-on depression. I don’t like not being able to do things for myself. That was the scariest thing for me to get assisted to even go to the toilet and shower. It made me feel helpless and I went into this deep hole. I was miserable, but I had to quickly get myself out of it.

How did you do that?

I did an Instagram Live video where I said ‘it’s OK to say you are not OK’. Sometimes people think that we are superhuman because we are on television. We are human and every human goes through difficult times. Everyone knows that I’m an advocate for mental wellness and speak about taking care of our mental wellness all the time.

Was there pressure to speak out?

People were not seeing me on-screen and asked ‘where are you?’ I didn’t want to talk about the fact that I was injured. I wanted to heal privately out of the spotlight and then speak openly about it. That’s why when I could walk without crutches at home. I then started taking people through the journey.

It helped that I was the one to tell them what happened, instead of finding out through the media. It was important for me to speak for myself and say what happened so people don’t misinterpret what happened.

What is the lesson in all of this?

I think the universe wanted to give me a break. I have not taken a break since I don’t know when. I don’t remember the last time I had time out to reconnect and regroup. I have gone through all kinds if things and I still didn’t take time to rest.

I went through a divorce and I still continued working and man-up for my children. I drowned myself in my work. My work is my escape and that’s where I heal. So, if I don’t have my work I have to face my reality. Because I’m a healer, I also looked at it as spiritual growth.

How did your children handle this?

It was a chance to bond with my children and realise how grown they have become. They looked after me and [were] mothering me. It was amazing to see that even my three youngest ones tried so much for me to feel comfortable. I’m closer to my children.

I realised that I have creatives as children. All my five children in their own different ways are creative. As I sat I would get free shows for singing and whatever. It’s one thing I want to nourish because I want them to follow their dreams. But my little boy is eight and I still don’t know his gift yet. He just goes along with what the girls get them to do.