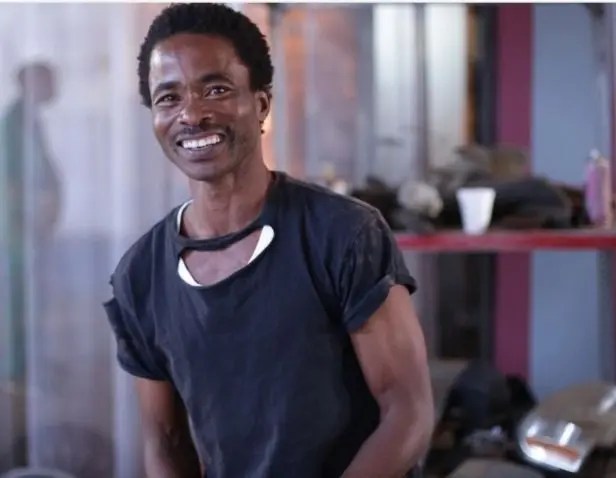 Actor Simosibucayi Buthelezi, who plays the role of Screwdriver on the SABC 1 soap opera Uzalo, has revealed why he uses public transport with pride, despite what some people may say about him.

Simosibucayi hails from KwaMashu, north of Durban, where the hit telenovela is set. The actor revealed that he is a frequent victim of bullying from people who do not expect him to be using public transport.

However, despite the frequent taunting and harassment he experiences, the Screwdriver actor said that he remains unmoved. He insisted that he will continue using public transport with pride because he has his priorities in order. According to Simosibucayi, he is still building his life and does not want to get into debt just so that he can appear to be living large.

“I don’t have a car, so I use public transport to travel. Sometimes when I get into a taxi, some people throw painful remarks at me. Some laugh at me. They don’t understand that ngisahlanganisa (I’m still building my life), and at this point, I don’t have things that show I’m working. Some go as far as accusing me of misusing my salary because I appear on TV but don’t live a high life.”

He stressed that he has no interest in getting into debt just so that he can appear like he is doing big things in his life. Screwdriver also called on people to take him seriously and to stop taunting him because of his lifestyle choices.

“As much as I want to be taken seriously, I’m not going to get into debt. What they’re doing is painful.”

“They think I’m as young as them. They don’t know that out of Uzalo, I’m not Screwdriver. I’m Simosibucayi. I’m an old man who is a father to two beautiful girls. I’m a family man. I deserve respect,” said Simosibucayi.

The actor also narrated his journey from extra to regular on Uzalo almost four years after joining the telenovela.

“Sometimes, I comfort myself by thinking that I play Screwdriver very well.

“It was hard because I didn’t have lines. But playing an extra who works in a busy place like panel beater helped me a lot. In 2019 I started having lines, and that was the start of great things,” said Simosibucayi.”