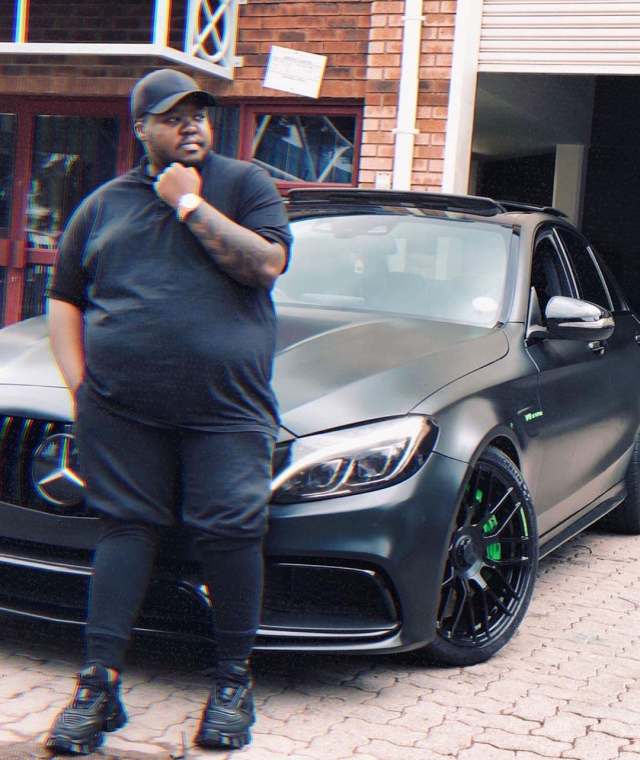 House DJ and producer , Mkhululi Siqula, who is famously known as Heavy K is not one to cause any drama on social media, neither does he often entertain negativity or trolls, but everyone has a breaking point and recently when trolls came for him he told them where to get off.

The Drumboss took to his social media to post a full body picture of himself which was met with a lot of negativity and body shaming.

The ‘Uyeke’ hitmaker has been in the industry for many years now and no one house music fan does not know that about his weight – hence his stage name ‘Heavy’ K. However, after all these years there are still some internet trolls who make fun of his body weight and call him names.

The comments section was riddle with disgusting and derogatory names that were directed to the musician, but this time he was having none of it. Hiting back at some of the comments, Heavy K wrote: “Y’all can go eat iKa [st] I’m immune to this energy I know myself very well.” 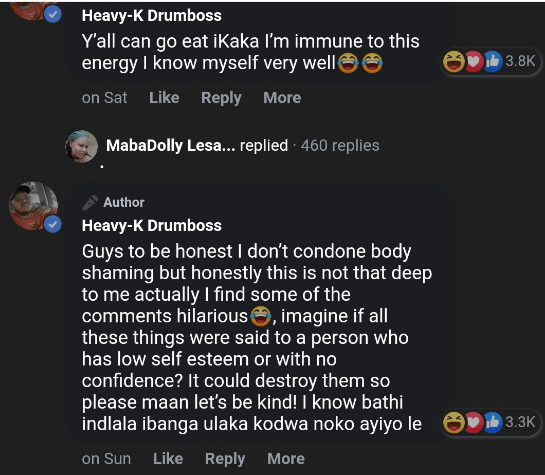 The musician went on to explain that he, in no way, condones body shaming because it can have a negative impact on some people who may have low self-esteem., further urging people to be kind to one another.

“Guys to be honest I don’t condone body shaming but honestly this is not that deep to me actually I find some of the comments hilarious, imagine if all these things were said to a person who has low self esteem or with no confidence? It could destroy them so please maan let’s be kind! I know bathi indlala ibanga ulaka kodwa noko ayiyo le [I know they say hunger causes rage, but this is not it]”

On the upside, not all the comments were vile. Majority of his fans were spreading positive vibes and others came to the artist’s defense. One comment that received a lot of love was from a fan who raised awareness about health issues that may lead to weight gain.
“What if he has a serious problem or some health issues he can’t discuss with us … how will you feel if people talk about your weight loss or gaining weight…. it’s not ryt guys … we battling so many things in life we can’t discus with the public … and because I have my private issues which I can’t discuss you … or which I wish to keep them private ….doesn’t mean I I mustn’t post myself because those with big mouths… who knows it all … anyway God bless you … who have perfect life … asifani sonke njalo impilo yomuntu ngeyakhe akaphileli nina…. stop it guys …. not in these nowadays we bully people because of their looks or what they’re going through in life just be kind ikusasa awulazi to the big boss … @Heavy-K Drumboss you looking good smart and clean take care …we like your music,” the fan wrote.