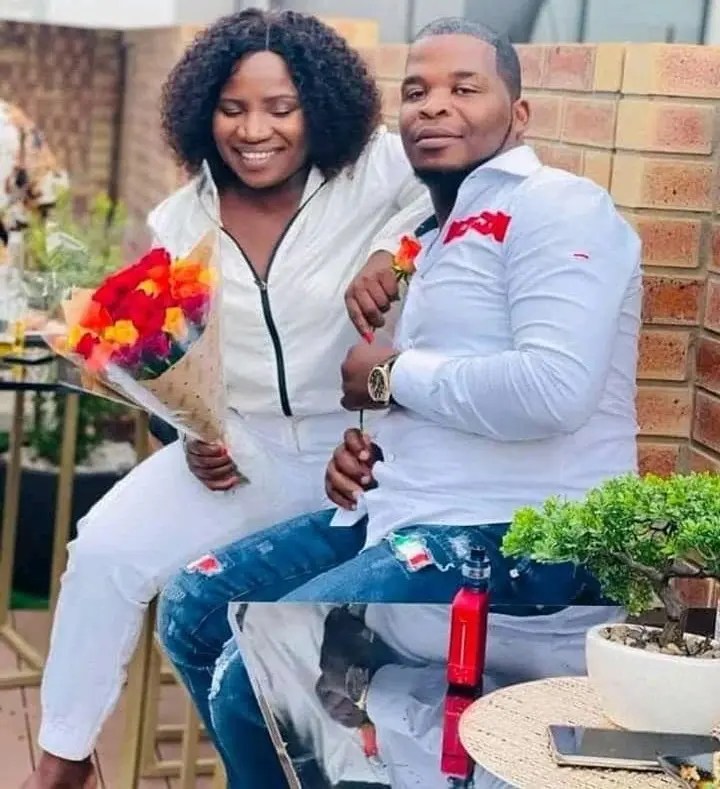 Zwivhuya crooner Makhadzi recently officially went public with her relationship with fellow singer Master KG. But it looks like her ex-boyfriend Lwams did not appreciate the memo, as he has responded with a video of his own.

Makhadzi and Master KG had a turbulent relationship in the past. They had been together for a while, as one of Mzansi’s top power couples, before they broke up under heartbreaking circumstances.

Reports had it that Master KG had cheated on Makhadzi during their time together. Allegedly, at the time he was seeing her, he was also carrying on a relationship with another lady, without Makhadzi’s knowledge. When she found out, it all erupted in drama, which led to their breakup.

Even with their break, though, the two made sure everyone knew there were no hard feelings between them. They still worked on music together, and said they loved each other like siblings.

Which is why it was all baffling when the two started to grow closer and interact in manners that seemed beyond the scope of “friendship”. It was quite the relief when Master KG finally called Makhadzi his wife on stage, and the two sealed the rumours with a kiss.

During the time the two of them were apart, Makhadzi got in another relationship with businessman Zwivhuya Nelwamondo, commonly known as Lwams. The two were hot and heavy for a while, until Makhadzi left him suddenly, which many thought was because she wasn’t over Master KG.

Now as the lovebirds confirmed that they are back together, Lwams who was left out in the cold, is sending a message that he is just fine without her.

He recently posted a video on TikTok of himself counting wads of cash. He is seated on the floor, and seems to be having a fun conversation with the person behind the camera.

Fans have since interpreted the video to be meant for Makhadzi. The singer recently signed a multi million rand deal with shoe company Kicks Sportswear SA, to create her own line of sneakers. The line, Kokovha, launched just a few weeks ago, and seems to be doing well so far.

Additionally, her music has been doing great, and she won her first international award recently, so we can assume she is rolling in cash right now. And although it may be tough to say whether the video by Lwams was meant for the new happy couple, we would certainly understand why he would feel like a rebuttal was required. You know, to let them know that he is doing just fine.

He has been clear about being happy since their sudden breakup, but we don’t think Mzansi fully believes him. Either way, we give all our best wishes to Lwams ahead!