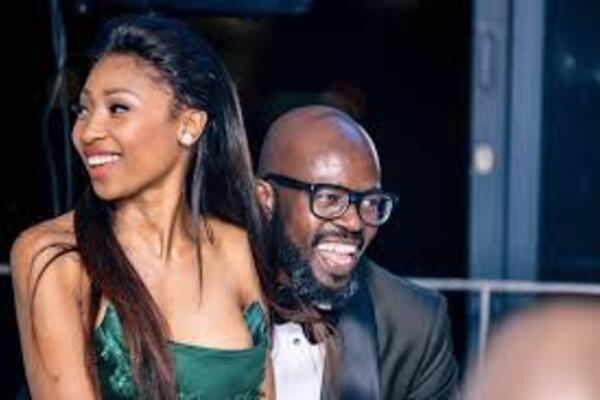 Nkosinathi ‘Black Coffee’ Maphumulo (45) and his wife Enhle Mbali Mlotshwa met at the Randburg Magistrate’s Court where she applied for a protection order preventing Black Coffee from entering his former marital home.

This after Enhle accused her husband of domestic violence.

The alleged altercation reportedly took place in March where Black Coffee allegedly slapped Enhle on the wrist after a disagreement.

Protestors demonstrated outside the court in support of Enhle and to protest against gender-based violence.

Speaking to media soon after the court proceedings, Enhle expressed her will to see justice prevail.

“No matter how small it is, it always escalates, we have seen our Karabo’s, our Reeva Steenkamps, and I want that to stop today. I will fight with a lot of women fighters who I have rallied around me, and I will not stop until justice is done.

Black Coffee has since taken to Twitter to tell his side of the story.

“In the name of respect and dignity for my family and my children, I’ve been quiet. But now I feel a need to speak. GBV is a major issue in our country, every day we read about horrendous crimes committed by men against women and children,” he wrote.

“I personally grew up witnessing GBV in my own household and from a young age, I vowed never to allow that to happen again under any circumstances. I did not assault Mbali, the mother of my children. I didn’t do it now and I have never done it before.”

Black Coffee says the protection order has been to separate him from his children.

“It is truly regrettable that she has chosen to mislead the public using the name of GBV and seeking a protection order against me to separate me from my children and our home.

“Divorce is never easy but for us, it has been especially painful, and I’ve spent the last three years in and out of intense therapy to deal with it privately. Every day I am attacked by relentless lies and falsehoods. I did not assault her.

He went on to say, “As a law-abiding citizen, I will absolutely observe the demands of the interim order but will categorically oppose the permanent installation of its prescripts and this is why we are currently in court.”

Black Coffee and Enhle got engaged in 2010 and had their traditional ceremony in 2011. In 2017, Black Coffee and Enhle solidified their union in a beautiful white wedding held at The Palace Of The Lost City. In 2019, the divorce rumours circulated for months before the couple confirmed it.