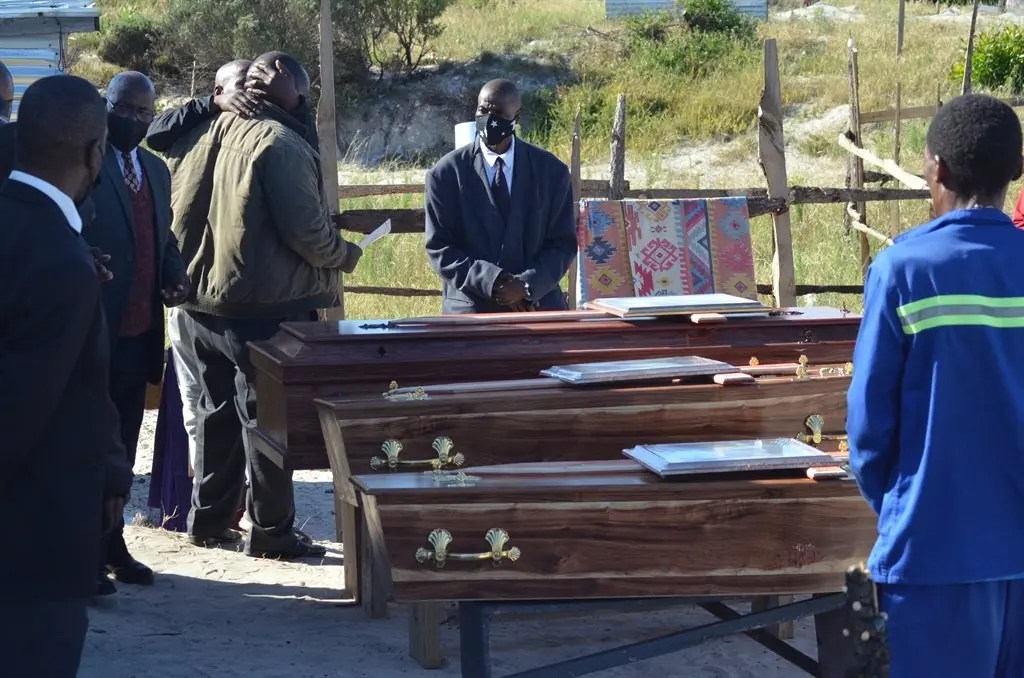 They died after trying to save Lindile (47) from a shack fire earlier that day. The publication published their story, headlined: “Twins died saving dad.”

On Thursday, 4 November, their three coffins were taken to the place where they died before travelling to the Eastern Cape for their burial.

Family member Siyabulela Botya (45) said they were still struggling to accept their deaths.

“We are all not coping, especially their mother. She still doesn’t eat and she’s always crying.”

Siyabulela said it was important to first take the bodies where the incident happened, so they didn’t bother them on their way to the Eastern Cape.

They were buried on Saturday, Saturday 6 November at Kubengu Village in Lady Frere, Eastern Cape.

“On the day of the incident, their mother woke up and took them and another child outside, they then heard their father screaming for help and they went back inside,” said Siyabulela.

He believes the reason their mother was struggling to accept the deaths was after she had already saved them, because they heard their father, they went back inside.

“They loved their father and this was showed by their actions. We are hoping that one day we will find closure. But for now it’s too much.”

Siyabulela thanked everyone who assisted them.

“It was not easy to bury three people at once, but we are grateful to everyone who assisted us. They are too many of them. I cannot mention all their names,” said Siyabulela.

Neighbour Siyabonga Mdambatya (54) said the death of the twins and their father has left everyone hurt.

“It’s not only the family that are feeling hurt, but the deaths of the twins and their father hurts so deep.”

He said the twins were lovely kids who loved their father and everyone. “I think they were just like their father. He loved everyone and was always joking.”