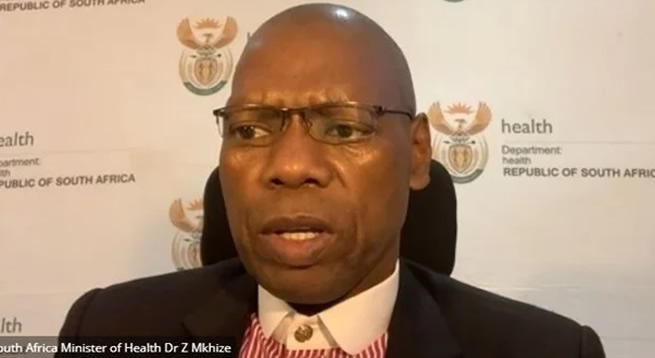 “I have been in touch with the minister, I last spoke to the minister last night and he indicated to me that he has been advised that because of the investigation in his department that also involves or touches his name, that legally it is not correct that he is the one leading the delegation to lead us,” said portfolio committee chair Dr Sibongiseni Dhlomo.

He said they accepted that and instead, the committee would be briefed by the department’s director-general, Dr Sandile Buthelezi.

“The minister is unable to be here because of legal advice that the process is in the department and also touches the minister.”

Mkhize was meant to give parliament an update into actions taken against individuals who played a part in the controversial tender.

The minister has been at the centre of the R150m Digital Vibes tender scandal.

Pressure continues to mount on President Cyril Ramaphosa to place Mkhize on suspension, pending the outcomes of the SIU probe into the serious allegations. Ramaphosa has taken a cautious approach, saying he has confidence in the investigating unit’s ability to do its work.

This is a developing story