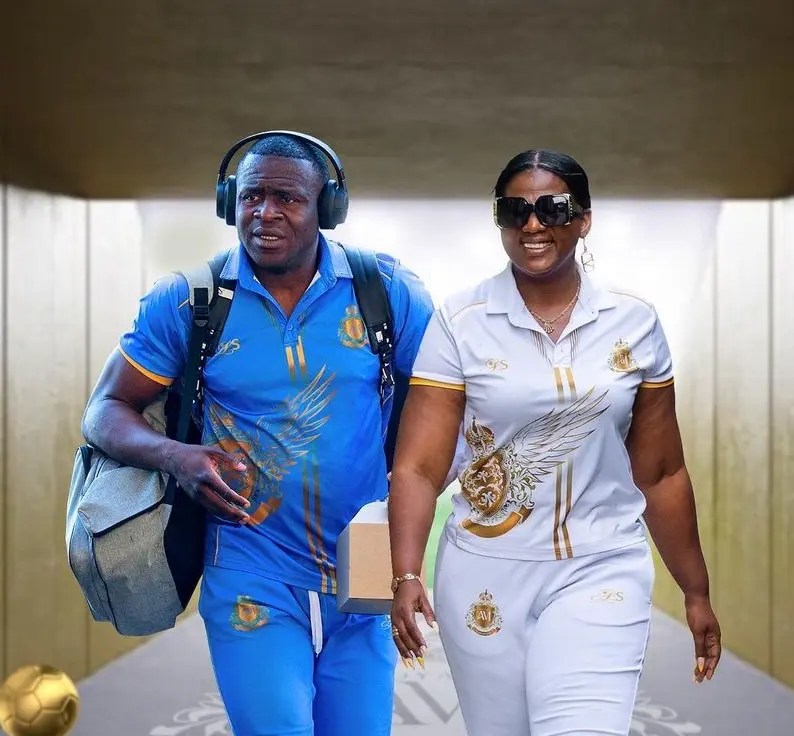 According to the businesswoman, Patrick sustained a head injury during the DSTV Premiership fixture on Tuesday, which almost claimed his life.

“The past two days have been very traumatic for the team and I. Our goalkeeper, Patrick Nyame suffered an almost life-threatening head injury in our #DStvPremiership fixture against Supersport on Tuesday. I had to stay the whole night at the hospital completely forgotten about the loss all what I wanted was for him to wake up,” she wrote.

“You know, one wakes up in the morning excited to go support their team, and then the worst thing happens. We had to make a life-changing decision in order to save our keepers life.”
Shauwn said it looked minor on TV but it affected his brain which left him in a coma for days.

“While it may have looked like a minor incident on TV, it was a severe concussion that affected his head/brain, he was in the ICU and in a coma for two days. What’s difficult is that you still have to be strong for the rest of the team and tell everyone that everything is going to be okay even if you are not sure. Sbahle’s accident really taught me a lot on how to handle a situation like this.”

Mkhize expresses disappointment in the opposition football team, as none called to check up on Patrick.

She further disclosed that the goalkeeper has been moved from the ICU after being conscious.

“I am however, disappointed that not a single person from the opposing team has picked up the phone or sent a message to check on his condition. What happened to sportsmanship?!? I guess we are not the same.”

“I can now confirm that Patrick is conscious but still in hospital. He has been moved from ICU and will now begin his recovery. We wish him well and thank God that he is safe.”