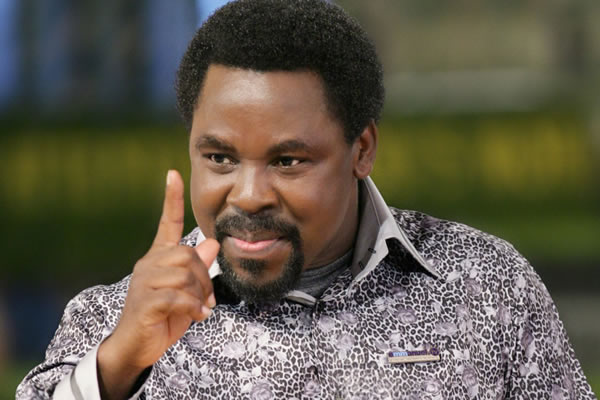 He died shortly after concluding a programme at his church in Lagos on Saturday, 5 June.

But details about his death have not been shared.

One of his followers (42) said she would miss the prophet.

She said she was able to get a job, while her mother’s health improved after receiving prayers from Joshua.

“My husband paid for me to travel to Nigeria in 2012 with my mother.

“He laid his hands on us and I felt very light. I knew things were going to change.

“In less than two months, I got a job. He was truly a gifted man of God and we will miss him,” she said.

Another follower (58) said she was very hurt when Joshua’s church building collapsed in 2014 and killed congregants.

“My sister travelled to Nigeria because she believed she’d receive deliverance. We supported her as we trusted in the prophet’s preaching. He was our spiritual leader.

“She came back very traumatised. She was lucky to have survived. The collapse of the building shocked us. We are sad for those who died, but we still believe he was a true man of God,” she said.

Pastor Joseph Cidraas of Bethesda Healing Ministries International in Eldorado Park, south of Joburg, described Joshua who would have turned 58 on Saturday, as his spiritual father. Cidraas said he was in his early 20s when he travelled to Lagos in Nigeria to receive prayers from Joshua.

He said God anointed him using Joshua and his life has never been the same.

“I was a very sick child growing up. I had something in my body since the age of nine, which felt like an object and kept moving throughout my body. I went everywhere looking for help and not even doctors were able to help.”

He said the first time he heard Joshua preach, he knew he would give him healing.

“The prophet laid his hands on me and began to pray. While my eyes were closed I saw flashing lights and something told me not to open them because I will lose something. It was beautiful. During the prayer, I vomited horrible things including a snake with two heads,” he said.

Prophet Shepherd Bushiri said: “I’m your rest, general, I celebrate your mission. You came, you preached, you touched souls and you demonstrated to the world that God is still speaking today. Rest, great general for I will, forever, live our mission.”

Joshua gained popularity for his predictions of world events, including that Covid-19 will disappear. He was the founder of Synagogue, Church of All Nations. The church said they were grateful of the messages of support. “God has taken his servant Prophet TB Joshua and it should be by divine will. His last moment on earth was spent in the service of God. This is what he lived for and died for,” said the church

In 2014, more than 80 South Africans were killed after the church’s six-storey building collapsed in Lagos, Nigeria. It was later established that the collapse was as a result of negligence. Former Nigeria aviation minister and Joshua’s friend, Femi Fani-Kayode said: “The passing of my dearest brother Prophet TB Joshua saddens me deeply. At 3.00am this morning I was told by one of his daughters that this was fake news and I tweeted as much. Sadly I was misled. Five minutes ago the same person confirmed the story. @GazetteNGR was right and I am in shock and pain.”