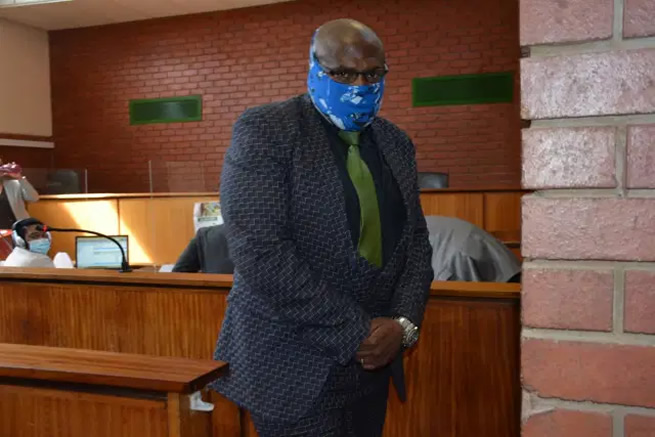 Shocking and gruesome details on how Pastor John Masilela (44) allegedly lured his victims into performing sexual activities in church were revealed in court today, 22 April.

Two of the alleged victims took the stand in the Kwamhlanga Regional Court and told the court the pastor used scripture to allegedly take advantage of them.

They said he allegedly wanted photos of their manhood to pray for them.
He’s facing charges of rape, sexual assault and transfer of por_nographic photos.

He pleaded not guilty to all charges against him. He committed all the alleged crimes at his church, Good Shepard Christian Centre, in Sun City near Kwamhlanga in Mpumalanga from 2012 to 2018.

The pastor only admitted to engaging in sexual activities with male members, saying it was consensual.

One of the victim (24), who took the stand, told the court the pastor allegedly called him while he was in Pretoria and told him his life was in danger.

“He called me to come to him. I told him I was in Pretoria. He said he had a vision of a girl who will infect me with diseases. He said he needed to protect me. That time I was young and naive and fell for the tr_ap. I came back from Pretoria and went to see him at his house on the church premises. He prayed for me and suddenly he started touching my manhood.

“I told him I wasn’t comfortable with what he was doing, but he used the scripture to convince me. He said he has strong saliva and he needs to suck my manhood so that I get protection. He continued with his evil deeds,” he said.

“The pastor sent me a WhatsApp text saying he was busy praying for his sons just like David prayed for his sons. He said something bad was going to happen to me so I must send a photo of my manhood. He said he wanted to protect me from the demon of lust. I became scared and did as he said. I then sent him the picture for protection,” he said.

Through his lawyer, Japhta Mabhena, the pastor told the court he had a sexual relationship with the boys. He said their relationship became sour when he got married in 2017 and that led them to open a case against him.