Home
Sa News
Have you heard? Mampintsha is now a proud size 32! 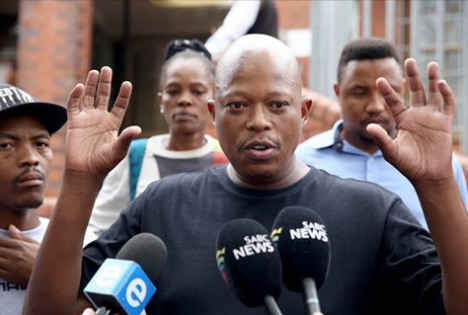 The rumour mill really drives some of our celebrities crazy, doesn’t it?

Kwaito artist, Mampintsha was the talk of the town recently after a video of him dancing away made several rounds on social media.

Although Mampintsha was entertaining with his dance moves, Tweeps were heavily focused on his gaunt looking self.

Many suggested that only an illness could make someone lose that much weight and end up looking like that.

In a bid to clear up the air, Mampintsha has finally addressed this hurtful rumour about his mysterious weight loss. He largely stated that he doesn’t give too much thought about other people’s opinions about him and that those people are probably going through a dark phase themselves.

This is the video that caused mayhem across social media networks in regards to Mampintsha.

The rumours also baffled Mampintsha because he expressed that when he was overweight, people were bashing him, and now that he’s lost weight he is still being ridiculed for it.

In an exclusive interview with Ilnaga Langesonto, Mampintsha revealed that he is currently a size 32 and this has been his dream size for a while.
He also mentioned that he has taken the healthy eating route. In addition he says he has bought gym equipment but hasn’t started working out yet.

Although he was game in talking about his weight loss, he withheld the other reasons that led to his massive weight loss.