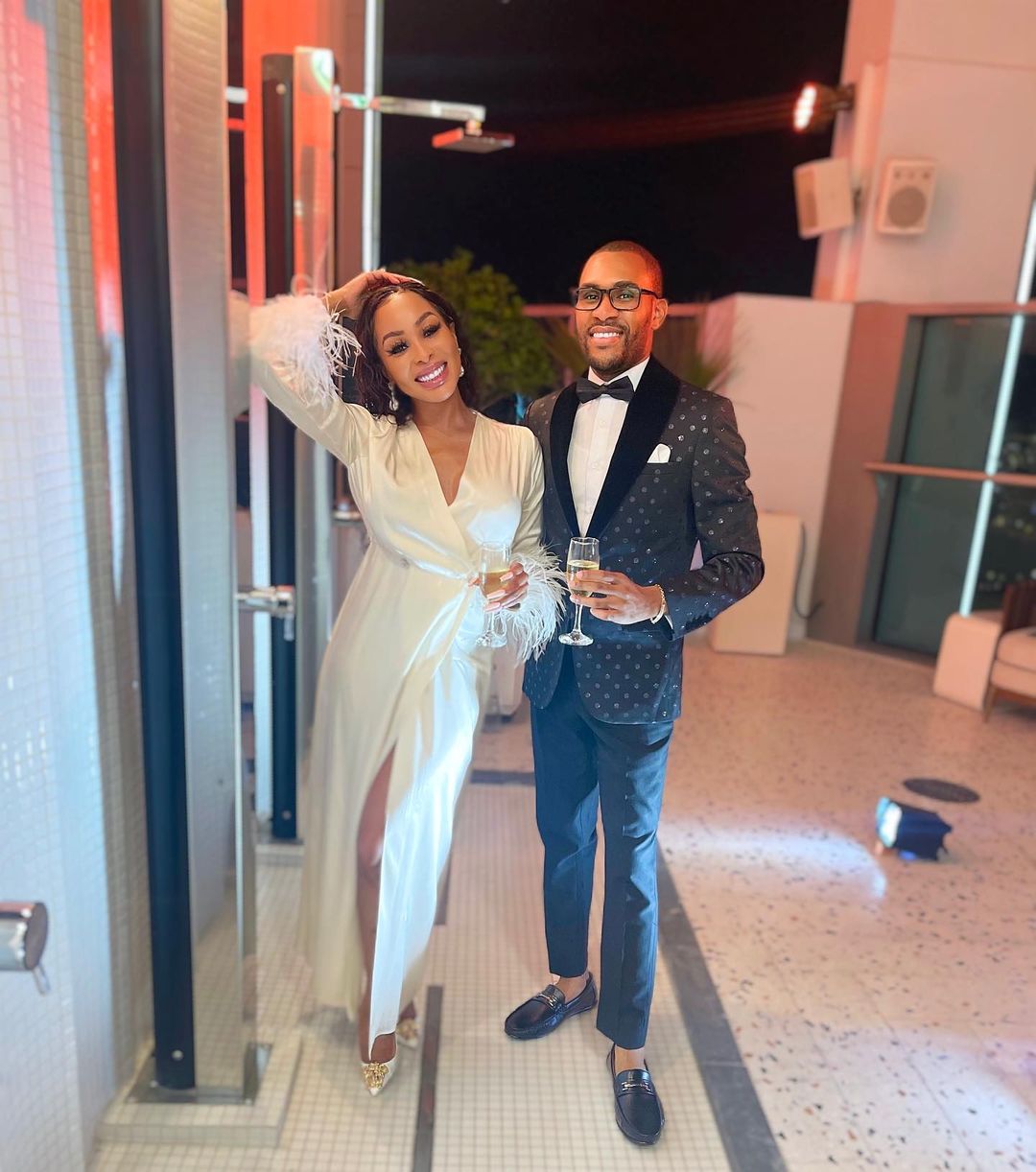 TV personality Khanyi Mbau is currently living her best life in Dubai and she is not about that load shedding life. While Mzansi is experiencing an irregular load-shedding schedule, the queen bling opted to escape it.

Taking to her Instagram account she posted a Tik Tok video of a man telling his friends that they will never see his face again. When asked where he is going he says he is going to Dubai.

It appears we are not the only ones who are fed up with load shedding, which has left us in darkness for long periods of time throughout the day. Khanyi is fed up too, so she threw shade at us for the load shedding we’ve experienced. She captioned the post “how is the load shedding?” We guess she is not coming home soon.

The reality show star recently trended on social media after leaving her tycoon bae Kudzai in Dubai. Kudzai left social media users worried after he took to social media to share that Khanyi had gone missing.

According to him, Khanyi did not return back from a salon after being dropped off. This raised eyebrows on her safety and whereabouts and caused many to panic, however Khanyi was safe. Home girl had taken a flight back to Johannesburg.

“Dear Dad. It gets real up here. Thank you all for your texts , messages and genuine concern. I am home, safe and okay,” wrote Khany Mbau on Instagram below a picture of her at her father’s grave,” she shared.

Later, Khanyi hosted a show at Mabopane Shisanyama, and she made fun of Kudzai after he sulked and was alone in Dubai. Khanyi left a sour taste on social media user’s mouths when she dissed a heartbroken man, when she was the MC at the gig. When the song Umsebenzi Wethu was playing, she said, “Shiya indoda eDubai. Uhambe ngathi uyabuya,” which translates to “leave that man alone in Dubai. Leave as if you’re coming back.”

Kudzai apologized previously to Khanyi for airing their relationship woes out to the public. “I would like to apologise to my woman Mrs K for taking our private life on Instagram. I was hurting, I honestly didn’t know how to deal with my emotions, baby I love you,” he wrote.

They then talked things through via video call. “I am not ashamed to to stand on top of the world and admit I love you! You became my world, my everything,” he said. “I have reflected on all this! And it’s my fault, I caused this and I take full responsibility for it,” he apologized.