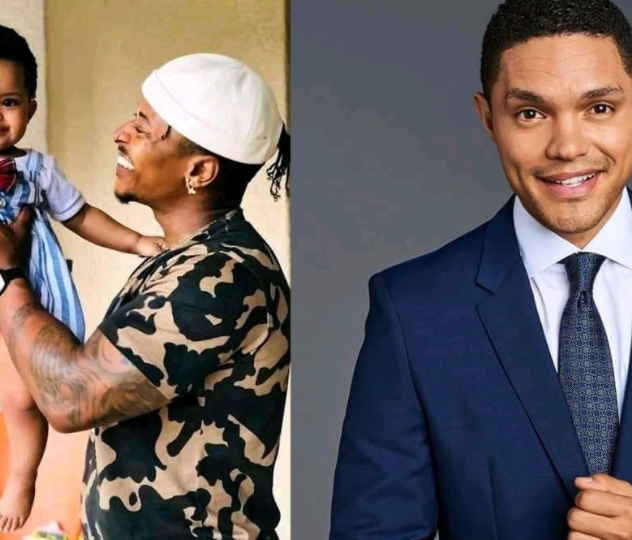 The resemblances of Bontle Modiselle and Priddy Ugly’s daughter, Afrika has continued to cause commotion on social media. Many people have been saying that baby Afrika looks more like the South African comedian Trevor Noah and does not resemble Priddy Ugly in any way, this has left many suspicion amongst social media users as they say that something does not add up.

Today as it us father’s day one of the twitter users did the unexpected and wished a happy father’s day to Trevor Noah and shared a picture if him and Afrika. This left many people in disbelief and at the same time they couldn’t help it but also see the resemblance between the two. When it comes to.the black twitter street it seems there are no boundaries and no one is safe.

Here are some of the reactions from twitter users below: