Happy birthday to Natasha Thahane as she turns 26

Happy birthday to Natasha Thahane as she turns 26 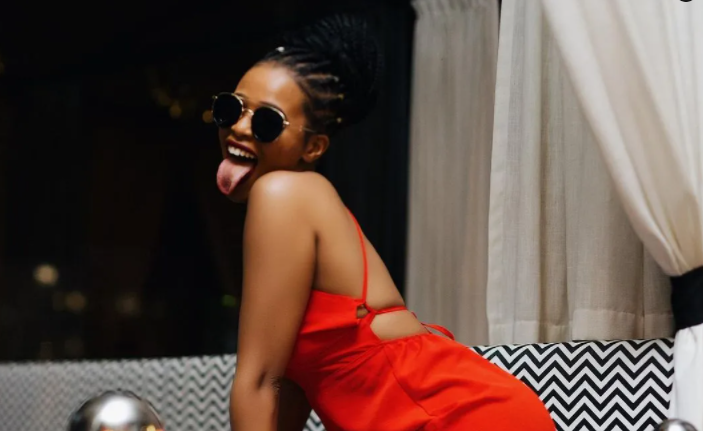 The actress has made a special place in all of our hearts with her on-screen presence. Not only does she know how to work in front of a camera, but she’s also business-minded. Natasha proved that hard work pays off when she launched her production company called Thahane Media. The company has been involved in many outstanding projects.

However, being a public figure and in the spotlight all the time, she had her life placed under a microscope with social media detectives watching her every move. From her relationships especially with Lorch to her being dragged for supporting an alleged abuser, Natasha can’t seem to catch a break.

It seemed all was going well in the love department for Natasha, but she and Thembinkosi Lorch sparked rumors of a split after the pair unfollowed each other on social media. A great turn of events that no one saw coming.

I’m not a stalker but seems like Natasha and Lorch removed each other’s pictures on Instagram 🥲 pic.twitter.com/Eoc2P8Eo03

The two removed all pictures of each other from their feed which further indicated that there was trouble in paradise. However, many netizens wonder if this is a stunt or if the couple has really called the quits on their relationship. It seems this is not a stunt as Lorch revealed that he’s now a single man.

Whilst many were up in arms and angry at the allegations that Lady Zamar had brought forward about having been abused by Sjava, it seems not everyone was ready to cancel him.

Natasha had everyone on the verge of tears with her recitation of the poem “Ngifihlani Mina”, which is about a married woman being abused by her marital family. A touchy subject for most people, this poem hit hard and shed light on the situation of many married women in the country.

However, it seems that the actress may have made a faux pass when it came to her music choices, as when fans realized she was playing one of Sjava’s songs in the background, most had to stop watching the video. Although the NPA had thrown out the case against Sjava, many still believed that he is a sexual abuser and thus have canceled him from their lives. It seems Natasha Thahane may not have assigned the singer the same fate.

Could an innocent picture light the country aflame with dating rumours? Well Natasha Thahane and Anga Makubalo aka Naakmusiq may have done it. In June 2020, Natasha Thahane and Naakmusiq posted a series of Instagram stories about the time they were spending together on what seemed like a new TV production.

As an effect of this, many netizens commented on the pictures stating that the relationship between the two may be more than just friends. Some even went on to say that they would make a good couple and imagined the pair’s life married and with kids. However, both were still single at the time, and there may have been no basis for the dating assumption.