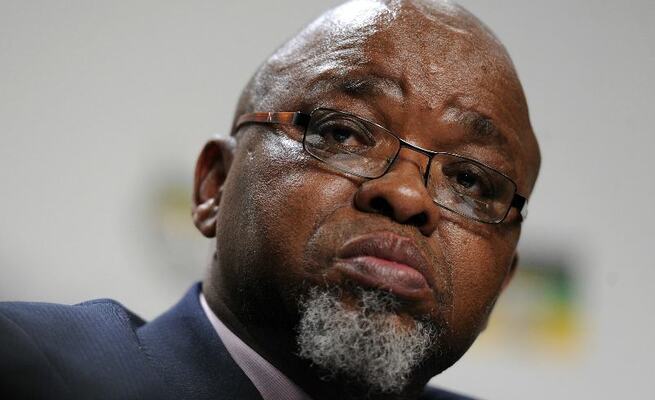 ANC chair Gwede Mantashe is at the receiving end of criticism for his claim that the ongoing looting of businesses has nothing to do with demands to release former president Jacob Zuma, but has become a get-rich-quick scheme by criminal elements.

In an interview with Newzroom Afrika about the government’s response to the unrest, Mantashe said: “I can assure you this is not anything to do with Zuma. It is everything to do with thugs who want to get rich quick and steal as much as they can, as soon as possible.”

Mantashe said it will take a long time to rebuild the economic infrastructure that has been destroyed, and the working class and the poor will be affected most.

The government is under pressure to provide answers about its efforts to quell the tensions in parts of KwaZulu-Natal and Gauteng, as infrastructure is destroyed and businesses looted in violent protests that started at the weekend.

The demonstrations were fuelled by the arrest of former president Jacob Zuma who is serving a 15-month sentence at the Estcourt prison. The Constitutional Court found him guilty of contempt of court after he failed to appear before the state capture inquiry.

Some accused Mantashe of dodging accountability while others denied the scores of people looting supermarkets are criminal elements.

Defence minister Nosiviwe Mapisa-Nqakula on Wednesday said she asked President Cyril Ramaphosa to deploy another 25,000 soldiers to quell tensions in areas affected by the looting and violence in KwaZulu-Natal and Gauteng.

“He said he is unhappy with those numbers and that we should not worry about the cost, but we should be worried about the rampant looting and also about the lives of South Africans who are being killed,” said the minister.

Many took to social media to weigh in on Mantashe’s claims. Here are some of the reactions:

Gwede Mantashe said people are looting because they they want to "get rich quickly."

How many years of looting did it take Gwede Mantashe to have that fat belly?

Yet he thinks 10KG of rice will make people rich?😏