A young South African guy has taken to social media to appreciate a woman who raised enough money for him to register for his university registration. 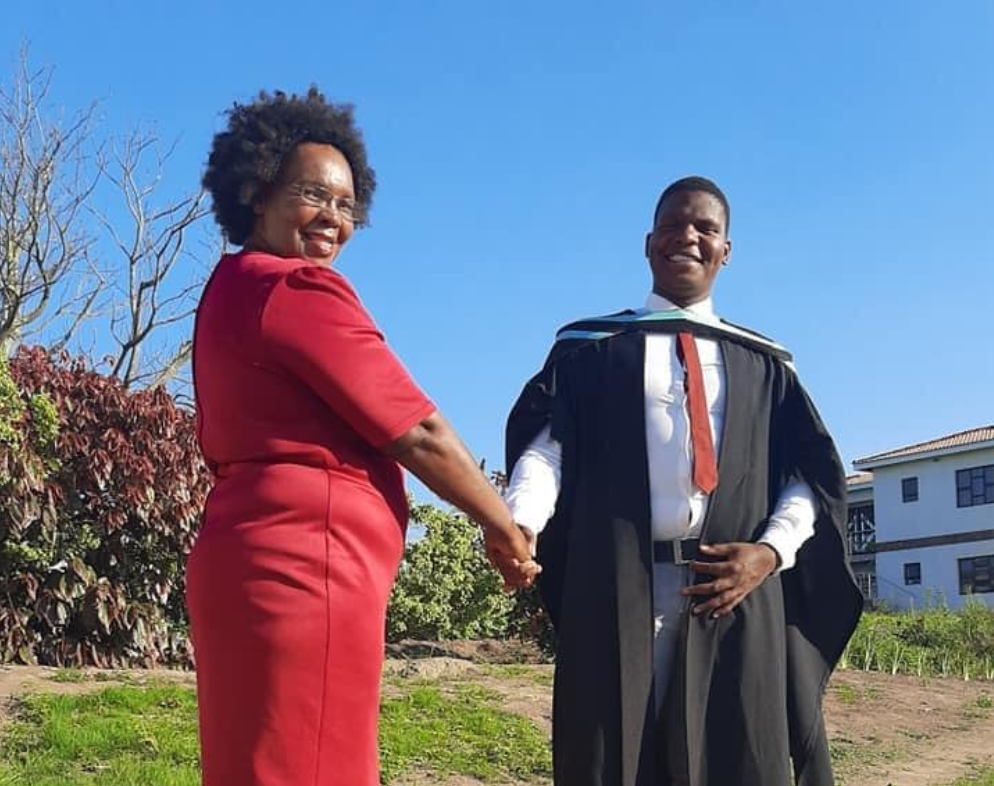 In the post the guy made, he stated that it took t he woman a whole year to raise R2500 for his registration at the university while he was doing his matric.
He made this post in the popular South African Facebook group, #ImStaying and the post he made reads;

“help me to appreciate this woman🙏 it took her the whole year to raise R2500 for my registration at the university while i was doing my matric🙏 NB//she had no source of income bcs she was unemployed, but her love and support was priceless🙏“ 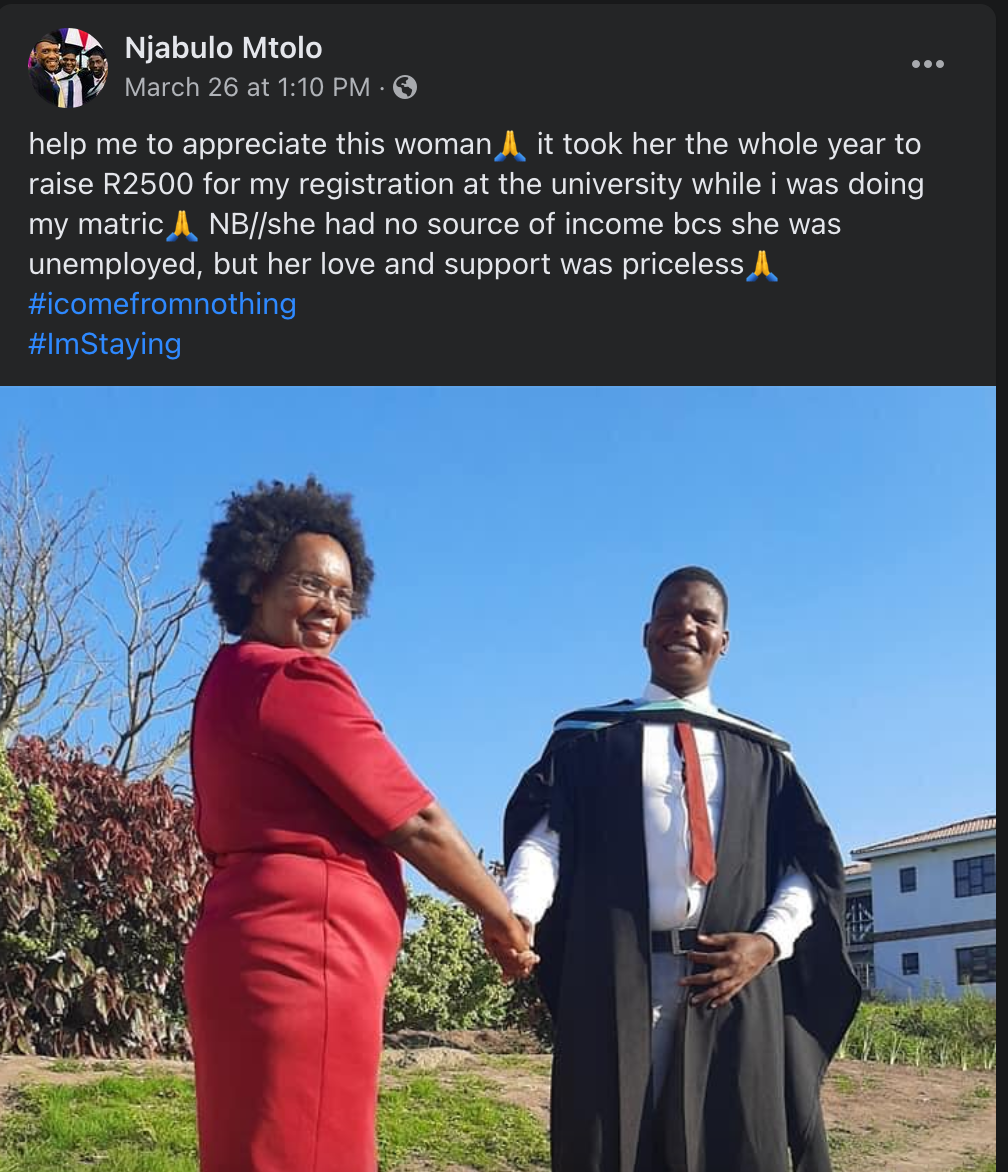