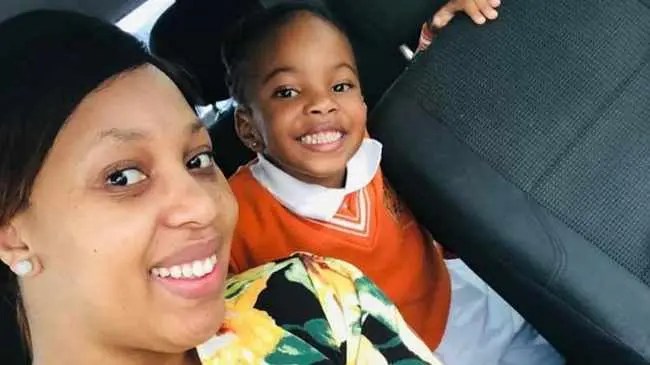 A Gauteng mother is seeking justice after her six-year-old daughter, Amkelekile (Amu) Sibongile Mokoena, choked to death on a grape in class at a primary school in Germiston.

Lovely Mokoena said that on the morning of January 24, 2022, she received a chilling call telling her that her daughter had been rushed to the hospital after collapsing in class.

“When I got to the hospital, I saw the police and some of the teachers. We were told that we had to wait for the doctor. I thought when I got there I would be shown my child. When the doctor came, she asked me a series of medical questions, which I did not understand because it felt as though he was describing a sickly child.”

Mokoena said that the doctor then told her that her daughter had died.

“I was in some form of disbelief. I thought that was not my child. I thought the school might have somehow mixed up the names because my child was lively and full of life when she left for school that morning,” Mokoena said as she struggled through her tears.

“I was eventually allowed to go see her, and she had the hospital sheet covering her body. When I slowly started pulling the sheet to unveil her face, I could identify her with her eyebrows. She had indistinguishable, perfect eyebrows. That’s when I was forced to believe it was her.”

Mokoena said the school told her that after the first break, Amkelekile started vomiting. From there, the teachers reportedly asked Amkelekile if she was okay, and she said she was fine.

“They told her to go to the classroom. They said she collapsed as she was putting her lunchbox in her bag. One of the learners saw Amu collapse and called the teacher. They found her face down on the floor,” Mokoena said.

“The question to the school is then why did they not call us when the child was vomiting. Why was she sent back to class? They should have sent her to the sickbay and monitored her from there. Also, why didn’t anyone see her choke?”

Mokoena said she has sent the Department of Education multiple emails, which they only responded to after she publicized the incident.

“The fact that the other learners were the ones who saw Amu collapse I can imagine, was traumatic for them,” she said.

“But where was the supervision? This a private school, yet they were so negligent. There is nothing anyone can do now to bring Amu back, but I am publicizing the story so that other learners do not suffer the same fate.”

The publication tried reaching out to the school for comment, to no avail.