Government speaks – out Should kids go back to school?

Government speaks – out Should kids go back to school? 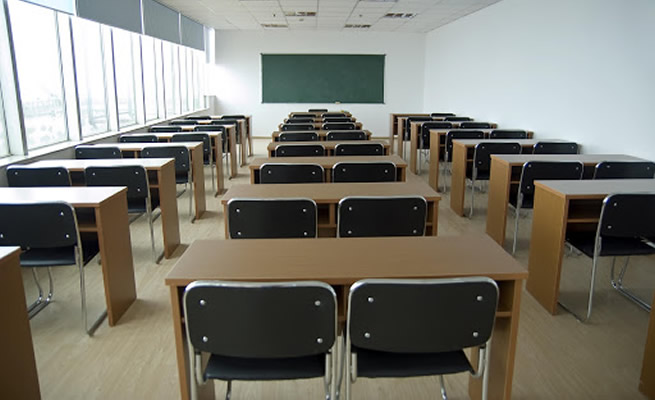 The basic education minister unveils her back-to-school plans today following a recommendation that schools remain closed until 15 February, while a survey shows 53% of adults believe pupils should stay at home until after the second Covid-19 wave.

Teachers say classrooms are better for learning than online process.

Basic Education Minister Angie Motshekga is expected to announce back-to-school plans today after the National Coronavirus Command Council (NCCC) recommended reopening on 15 February instead of 27 January, despite many believing going back to brick and mortar schools is a bad idea.

However, the National Alliance of Independent Schools in South Africa (Naisa) said yesterday it hoped schools would open as soon as possible as face-to-face teaching was more effective.

Naisa, among other stakeholders in the sector, was informed by the department’s director-generalt, Mathanzima Mweli, during a Wednesday night meeting that the NCCC had proposed the opening of schools be put off in the wake of the second wave of the Covid-19 pandemic.

On Monday, the department said it would go ahead with its plan to begin the academic year on 27 January.

Dr Sara Black, an education researcher, teacher, policy analyst and postdoctoral fellow at the Centre for Education Rights and Transformation at the University of Johannesburg, said: “The unfortunate situation is that schools are struggling to effect meaningful teaching and learning under these conditions and have been struggling since lockdown last March.”

Naisa secretary-general Ebrahim Ansur said the NCCC’s proposal would have to be presented to the relevant subcommittees and then Cabinet would take the final decision on its approval.

Schools which could offer online learning should start to do so, Ansur said. However, he added that the alliance had found that the more effective form of teaching and learning took place in the classroom.

Meanwhile, the University of Johannesburg (UJ)/Human Sciences Research Council Covid-19 democracy survey released this week showed 53% of adults thought schools should not reopen until the current situation regarding Covid-19 had improved.

The online survey, conducted between 30 December and 6 January, was completed by 10 618 participants.

“The findings from the survey show that the majority of adults oppose the reopening of schools while Covid-19 cases continue at their current high levels,” professor Carin Runciman, UJ associate professor at the Centre for Social Change, noted in the study.

“This opposition is strongest amongst the most vulnerable and economically disadvantaged sections of society, who are less likely to have confidence in the ability of their schools to provide a safe environment [for pupils].”

Black added: “Most people I am in touch with who work in average schools reported that not much teaching and learning is happening, between all the chop and change, closures, sickness, screening, etc.

“I think we missed a golden opportunity between March and December last year to really address deep-seated shortcomings in the system, which would’ve put us on a better footing to start 2021 safely and with a focus on learning.”

EFF leader Julius Malema also called for the postponement of the reopening of all schools.

“As the EFF, we oppose gambling with the lives of children,” he said.

“It will be extremely painful when families start losing children because, as leaders, we failed to respect the situation.” –

53% of adults in survey say schools must stay closed.