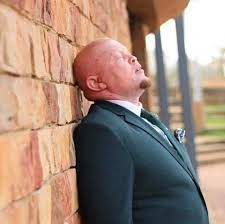 Things are not going well for the gospel star Sgwili Zuma.

He’s going through financial strain that has forced him to

sell his music in the streets and perform for free.

He said the closing of music stores due to Covid-19 has put a strain on him as a singer.

He said selling his music online isn’t working for him.

“It’s hard for me since the music shops closed. As musicians we sell our projects online but it seems like my fans are not used to using online. And Covid-19 added so much strain as there were no gigs. So I had to think of something that will put bread on the table. That’s why I have decided to go the streets and sell CDs. I’m forced to perform for free when selling CDs but that’s better than doing nothing and feeling sorry for myself,” said Sgwili.The muso recently released an album titled Icebo Lakho. He said his street hustle helps him promote it.

“It was better when there were music shops because it was easy for fans to buy music. Now it’s difficult. My family needs me as the head, so I decided to swallow my pride and do what’s best for me to provide for my family. Street hustle is not easy, but it worth it,” he said.

Sgwili shot to fame more than 10 years ago when he was part of gospel duo, Ikhethelo, with Babo Ngcobo.

In 2013, the duo split and both went solo after they had numerous misunderstandings.