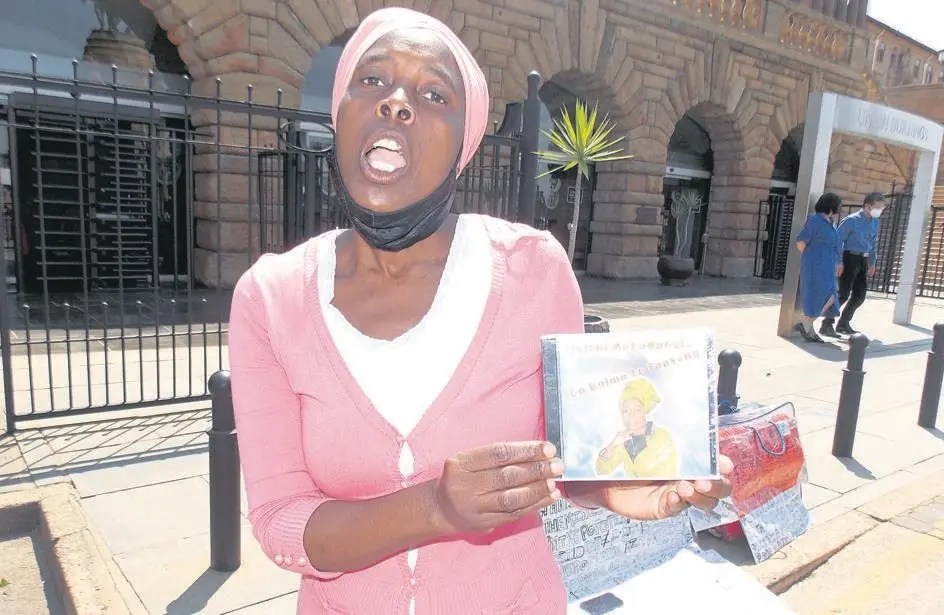 She claims the SABC has banned her music from all its TV and radio stations.

Tloledi told Daily Sun she’d suffered since 2006, knowing she would never hear her music being played by the state broadcaster.

The 50-year-old from Polokwane in Limpopo said as a final attempt to get answers, she decided to camp outside the Union Buildings in Tshwane. “The only job I know is music. I recorded my first album in 1998 and it did well. My tracks were played on SABC and my second album did well too,” she said.

Tloledi alleged in 2006, the SABC changed the sound of her music and destroyed her career when she complained. She said she wanted government to provide her with a lawyer to take on the broadcaster.

“Since 2006, I have been suffering without any income. After my husband died in 2014, I lost everything,” she said.

Tloledi said she was homeless and had to beg for food from family and neighbours.

“In 2016 when we were in parliament for a hearing, the SABC promised to give musicians money, but I was excluded because I have a case against them,” she said.

“In November 2016, they promised parliament they will pay me R100 000 and provide a recording studio to record my new album.”

Tloledi said she had many songs to record. “I am appealing to music producers like Pastor Benjamin Dube to give me a chance because his style of music is like mine.”

Group executive for corporate affairs and marketing Gugu Ntuli said: “The SABC can confirm there is no record of such a decision.

“The corporation would also like to encourage the concerned to contact the SABC directly if there is any query from their side.”