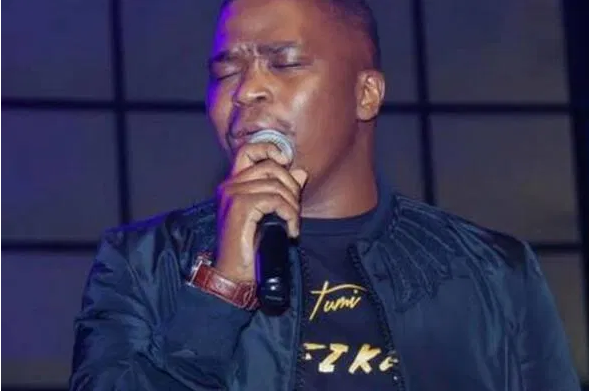 🚨🚨!! Good morning family. So excited. We on tonight at 20:30 on @tbnafr channel 343 for the premier of #WorshipNightsWithDrTumi Invite your family to join us as we air across the continent. We’ve put up lyrics so you can worship with us. Let the worship rise in our homes. 🙌🏽🙌🏽 pic.twitter.com/WOH0YGAH4e

After weeks of sharing the good news about his new gospel show the award-winning gospel singer, Dr. Tumi will now show his presenting skills.

The singer, whose real name is Tumisang Makweya, will present a new show called Worship Nights With Dr. Tumi.

The show will air every week on Thursday nights on DSTV’s TBN Africa channel at 20:30 pm.

The singer shared that he was excited band would also appear and he’d interview guests.

The 38-year-old from Seshego in Limpopo shared a long message on Twitter that read: “So excited. We are on tonight at 20:30 on channel 323 for the premiere of # WorshipNightsWithDrTumi. Invite your family to join us as we pair across the continent.”

The musician also shared that they have put lyrics so people can worship with them.

The show had already 13 episodes had been shot.

Gospel sensation Dr Tumi recently claimed that he rejected an invitation to join a secret society called the illuminati.

Taking to his Facebook page the artist told his fans about this incident moments after it happened. He says he was promised things that would bring him great fortune and fame.

“So early today they tried to recruit me to join an Illuminati society. Got told I have been noticed and would be of value. Got promised $1mil (R13 million) a month and great fame and influence across the globe,” he shared.

The Illuminati is said to be a powerful and savagely guarded organisation that secretly controls the entire modern world. Alternately, it is one of the world’s most persistent conspiracy theories, according to The Guardian.