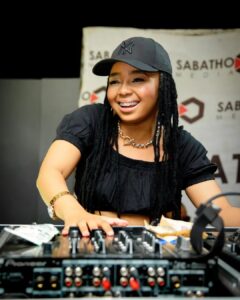 It’s been a month since she returned behind the decks, and Judy Jay is receiving all the love. The winner of the first edition of Diesel Denim Friday (DDF) announced in November last year that she was leaving the music industry as a house DJ. In February she apologised to her fans, saying she regretted her decision.

“I AM SO SORRY. Not only to myself for doing what I did and actually thinking that the music in me would just fade away.

“I AM SO SORRY to you, my fellow supporter/follower for letting you down the way I did. I honestly had no right to do such after the amount of time and energy you have invested in me,” she said at the time. On Wednesday, she announced that she was back on the air. 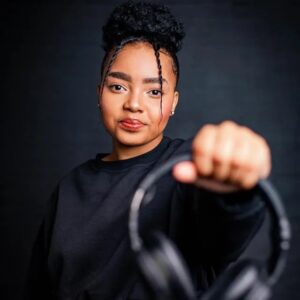 “Heeey I’ve Got My Radio Show Back ON Drums Radio! Let’s Do It The UK Way! Melodies Emancipated It’s Back. I’m so thankful for being granted this kind of opportunity,” she told her 30.7k Twitter followers.
Her fans and supporters are excited to have her back. In other news, Pabi Cooper announced that she’s having her first major show at the age of 20. 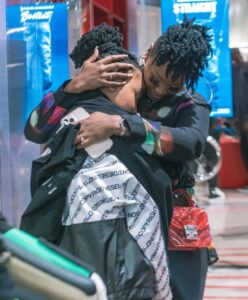 The “Isphithiphithi” hitmaker will be at Zone 6 Venue this Friday for her birthday celebration. She will be performing alongside AKA, Amaroto, Anele Zondo, DBN Gogo, DJ Venom, DJ Zinhle, among others.