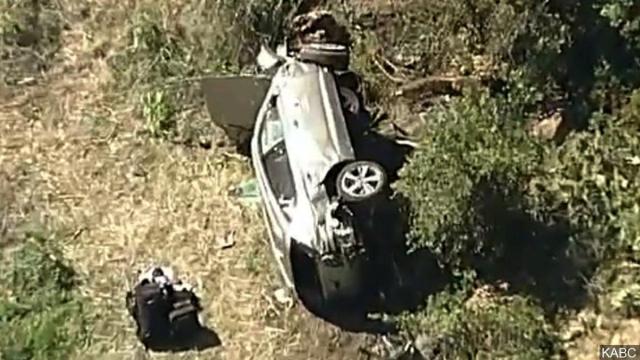 Tiger Woods is not facing charges of reckless driving following the car crash in which he suffered serious leg injuries, authorities said Wednesday.

“A reckless driving charge has a lot of elements into it, this is purely an accident,” Los Angeles County Sheriff Alex Villanueva told reporters.

He added that the most Woods could face would be a low-level offense known as an infraction if investigators conclude that he was not paying attention or speeding.

“There’ll be a cause of it, and there’ll be a vehicle code attached to the cause, if it’s inattentive driving whatever the case may be.

“But that’s an infraction and a reckless driving is actually more than an infraction. That’s a misdemeanor crime that has a lot of elements attached to it and there’s nothing, nothing like that,” said Villanueva.

The sheriff said he hoped the brand new SUV was equipped with an in-vehicle data recorder that may help shed some light on the cause of the accident.

“We’re hoping obviously there’s going to be… this black box and we’ll have some information about the speed. It may be a factor in this accident.”

Woods, 45, was driving alone in a Los Angeles suburb on a road notorious for fatal accidents when he crashed on Tuesday morning. No other vehicles were involved.

Firefighters and paramedics cut the 15-time major champion out of the wreckage before taking him to hospital, where he is recovering after surgery on his lower right leg and ankle.