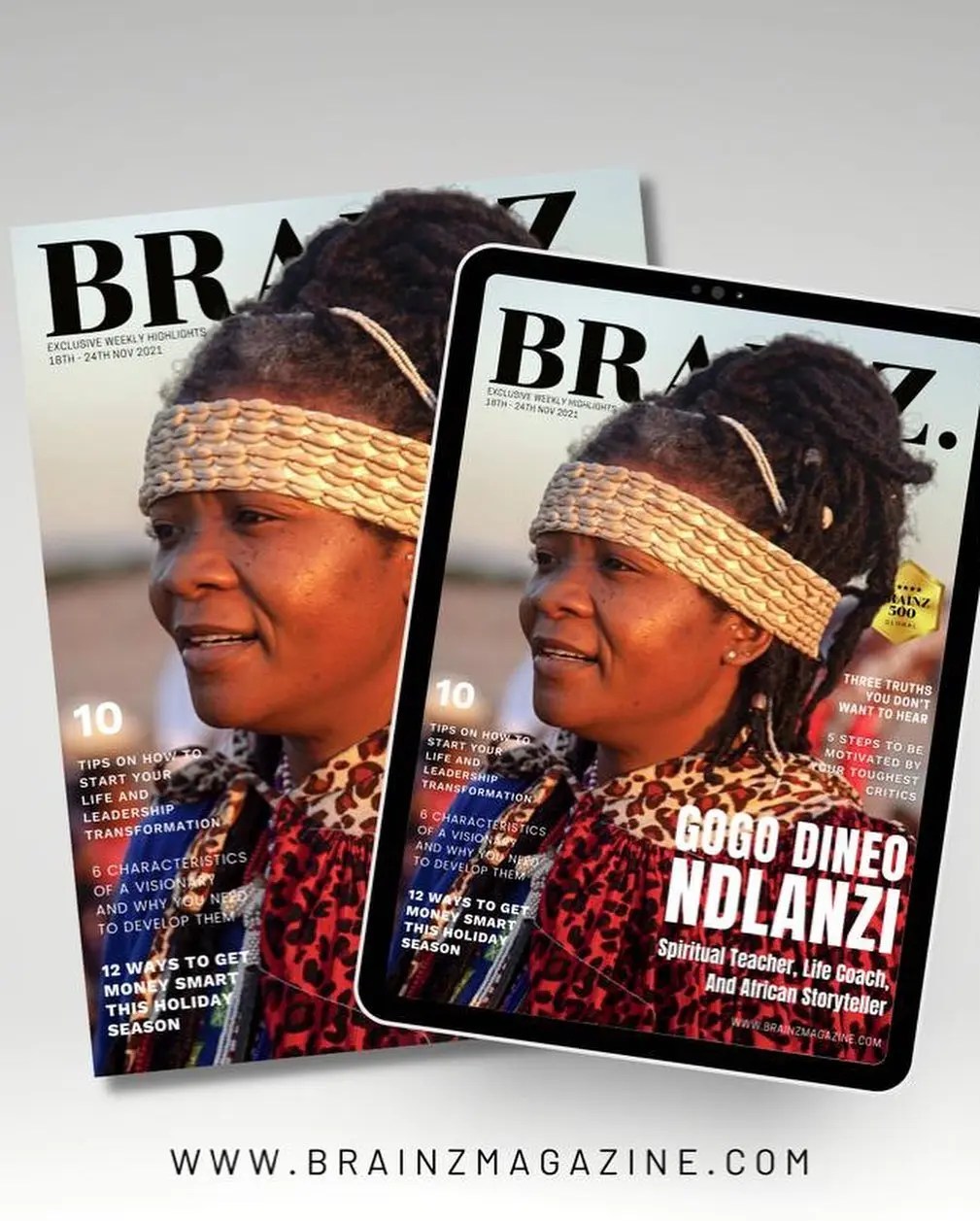 Celebrated storyteller, actress and spiritual leader Gogo Dineo Ndlazi graces the cover of Brainz magazine. The global brand also named Gogo Dineo, one of the 500 most influential people in the world.
Brainz magazine is a global media brand that focuses on business, innovation, leadership, empowerment, and lifestyles. 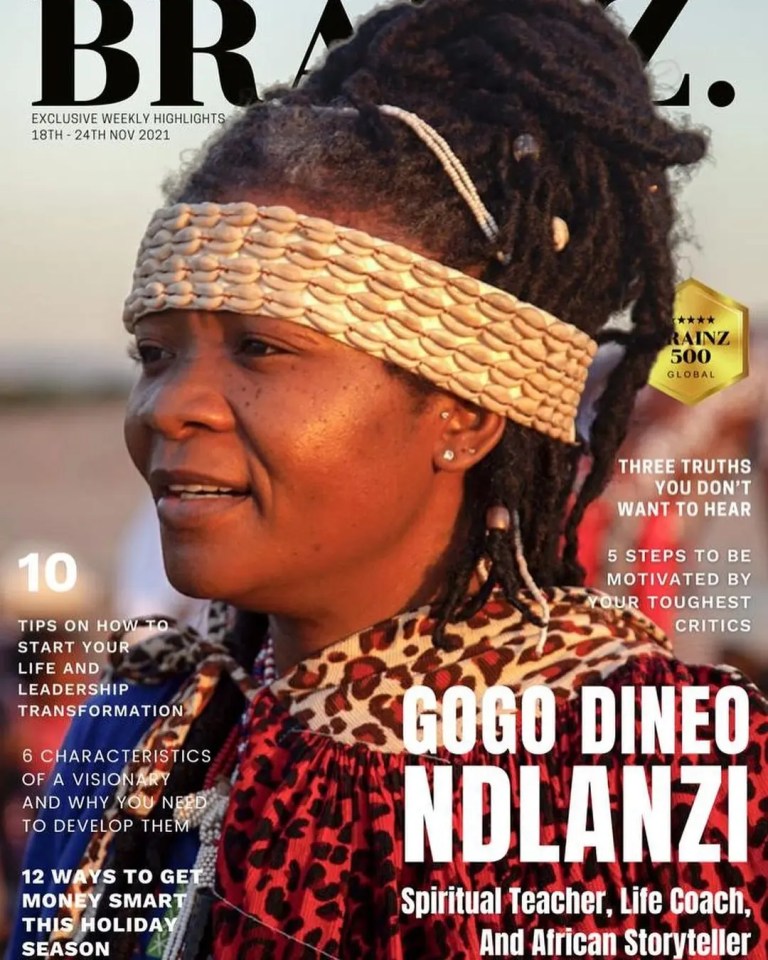 She wrote: “When dlozi shows up it shows off! I am a cover girl ✊🏿😘!
“Being on a cover of a business magazine is most definitely something I say “Well done Dineo” you are impactful, inspirational and a game-changer.

She continued: “Making it on @brainzmagazine 500 most influential people in the world is a dream come true.

Gogo Dineo, who is also a life coach went on to explain that success has nothing to do with luck but hard work and determination.
Success is not a stroke of luck but it’s an act of tirelessly putting in the work to master one’s craft.

“When the tough got going and the critics got louder it only sharpened my craft. I didn’t compete, compare for I understood the dlozi assignment at hand. I stayed in my lane and I am slaying in it.” 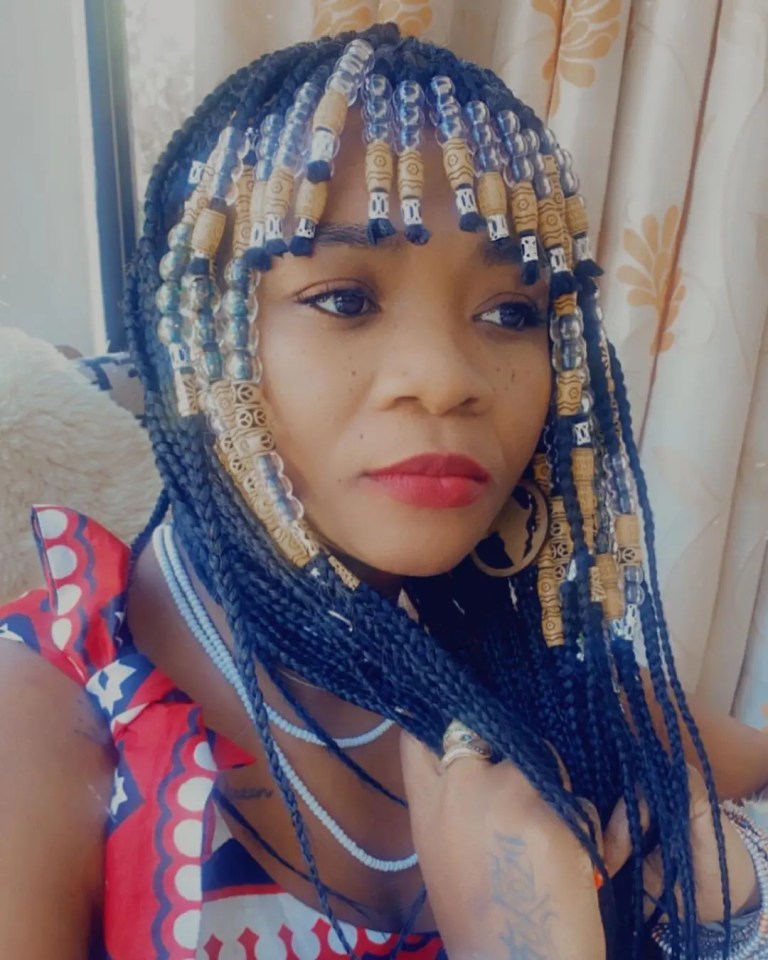 Gogo Dineo added that this cover is only the beginning of amazing features coming in the new year, saying she will be gracing the covers of Forbes and Oprah magazine in 2022.
Gogo Dineo is also featured in the Brainz podcast with author and business mentor Mark Sephton.

“As a facilitator of change, my goal has been about changing the global narrative of African Spiritual healing and restoring pride and dignity to the field of practice. Opportunities like these are a stepping stone towards that.

“Doing this interview is one of my greatest achievements as iSangoma. Being interviewed by a renowned author and entrepreneur @sephtonmark was one of my highlights.