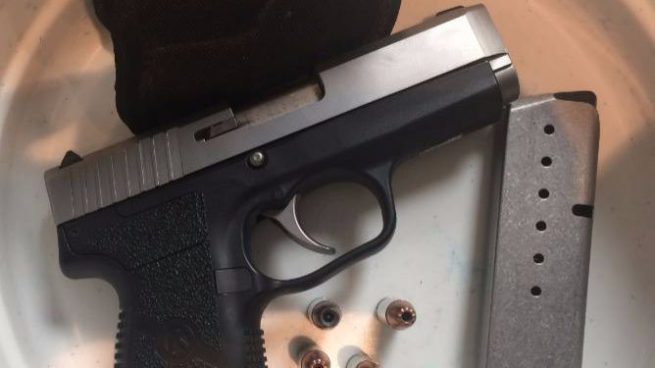 She knew her life was in great danger when the man pointed a gun at her and took her into the bushes.

But then, terrified, she somehow got hold of his gun.

AS HE LAY ON TOP OF HER, SHE FIRED A SHOT AND KILLED HIM!

The man raped the 15-year-old girl in Wedela, West Rand, on Saturday.

But his evil act cost him his life as the brave girl managed to grab the gun and shoot him in the upper body.

The girl’s mother said she no longer trusted her kasi.

“I asked her what had happened. She told me she was walking with a male friend when a man pointed a firearm at them, directing them to an open veld.”

She said her daughter told her the man tied her friend up before instructing her to undress.

“She said as the man was on top of her she fought and managed to get to the firearm and shot him. She untied her friend and they escaped. When they got here I told her to go to sleep and we called the police early the next morning.”

She said she doesn’t know how her daughter is feeling because she won’t say much.

“She always only speaks when spoken to, but now she’s only giving me one word answers.”

West Rand police spokesman, Captain Eddie Boboko, confirmed that a 15-year-old girl shot and killed an unknown man aged between 25 to 30 years on Saturday at about 9.15pm in an open veld in Wedela.

“The police were called to the scene on Sunday, where the victim pointed out the crime scene,” said Boboko.

“The deceased suspect was found at the scene, but the firearm was missing. The firearm was not found during the search by K9 members.”

He said an inquest docket was opened.

“The girl won’t be charged. She acted in self-defence, but investigations continue” he said.

“Gender-based violence is one of the main focuses of police national strategies to decrease crime against women and kids.

“We’re asking young women to be vigilant at all times while at home or walking in open spaces, especially with tall grass. They must always be aware of their surroundings.”

Boboko said the victim will undergo counselling. Anyone with information on the missing firearm should come forward.