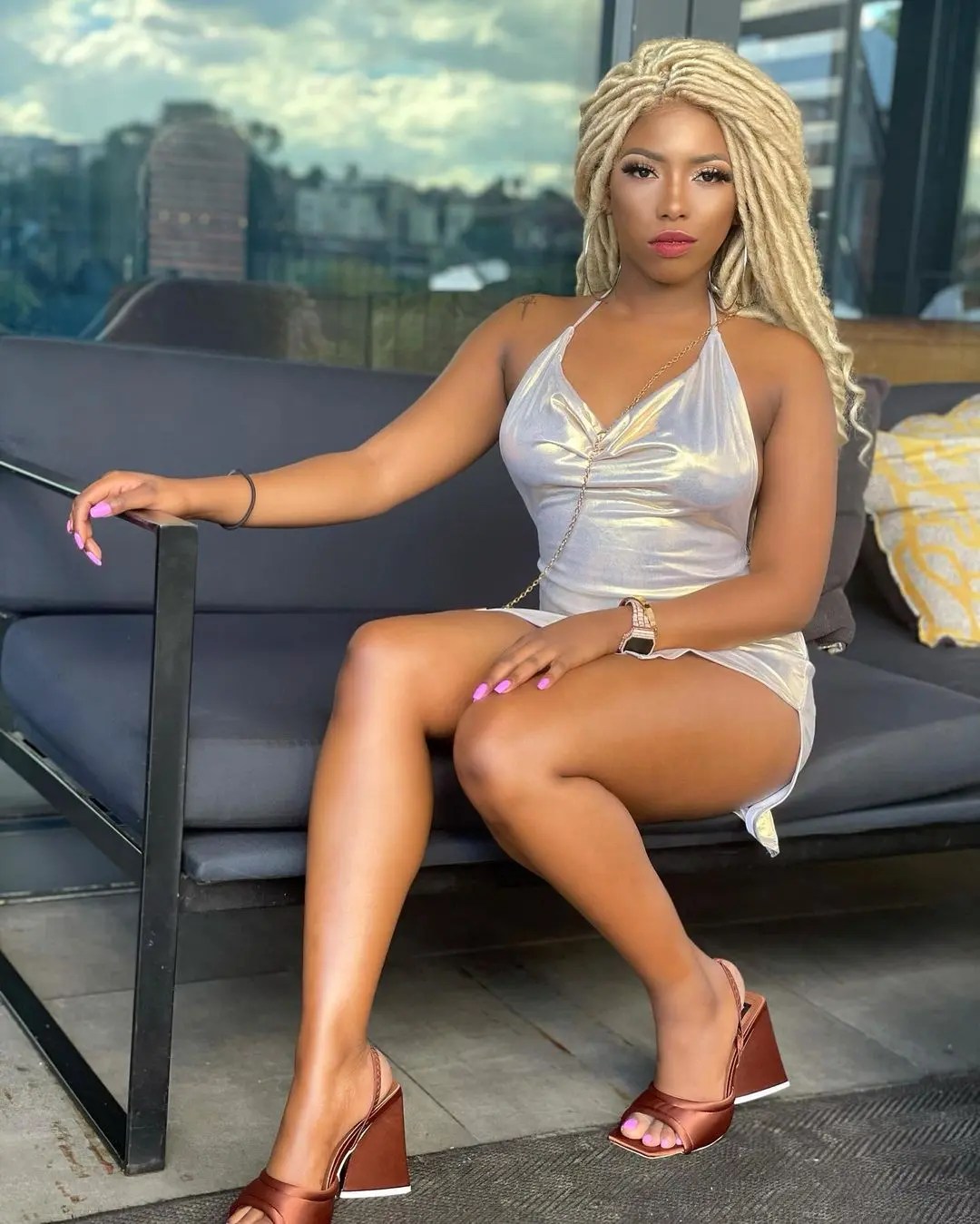 Gigi Lamayne is no stranger to relationship drama, even when it’s not her relationship. And now as she took to the internet to share dating advice, fans are wondering, is robbing a man really the best dating advice she could offer?

The rapper recently took to Instagram to share a TikTok video of herself doing a popular challenge on the app. In the video, she advised ladies to rob a man who invites them over to his house on the first date.

The video was obviously a joke, as TikTok users would know, as there are many similar challenges on the app, in which users lip-sync to a pre-recorded sound. But not everybody knows that, and some fans were rather confused in Gigi’s comments, wondering what kind of advice she is now offering young ladies.

Some have been asking her whether she recommends it because it is what she does herself. Others have called her out for giving bad advice which some impressionable young ladies will follow and end up in trouble down the road.

Gigi Lamayne has faced backlash before in different forms, but she has mastered the art of brushing off the hate and bullying. She was recently in a very dramatic and public tiff with socialite and entrepreneur Inno Morolong, which she handled with grace we can only be in awe of.

It all started when Inno accused her of trying to steal her man, simply because the rapper follows the man on Instagram. She called her every dirty word in the book, and dragged her name all over social media.

Gigi responded with a lawsuit as she did not appreciate having her character defamed that publicly. Through her lawyers, she demanded an apology from Inno, but as of the last time there was any public information on the saga, Inno was dodging Gigi’s legal team, and essentially refused to apologise.

But Gigi went on to say she forgave Inno, despite the emotional and psychological hurt that the incident brought her. And to further crown the moment, she turned the whole saga into a song, proving that navigating muddy waters and coming out a winner is her other talent – after rapping, of course.

The rapper has her own fair share of controversies, though, even without being dragged into drama by others. She was recently the recipient of a lot of ridicule when she announced that she was in a relationship, but her boyfriend was in America.

Many thought that she was a joke, as it happened while she was on the reality show Temptation Island, having stated her relationship status as “single”.

But Gigi has never let the backlash stop her. She does her own thing, which is why we love her so. So ladies, what do you think? Will you take Gigi’s advice?