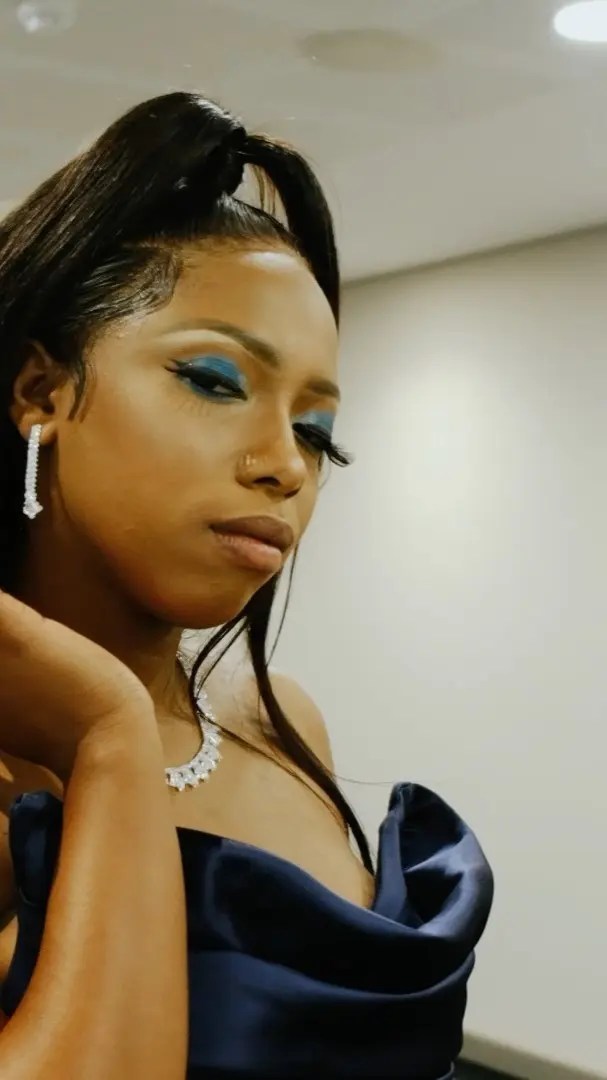 The drama Gigi Lamayne has been embroiled in proved too much for her to bear with so she took to Instagram Live to vent. While fighting back her tears Gigi spoke about how she has been bullied constantly – not only in the music industry but throughout her entire life.

The latest drama Gigi has been caught up in involved club promoter Inno Morolong who called Gigi all sorts of names you can think of, only because she follows her man on Instagram.

Gigi had decided to sue Inno for R1 million but later backtracked on her quest because she said she is not strong enough to go to court all the time.

The rapper said she has been bullied continuously and she gets to fight these bullies all on her own, as she has no friends.

“Ever since I have stepped into this industry I have been continuously bullied by everyone and everything. My heart breaks continuously because I always have to fight and I fight alone. So I’m sorry guys that I didn’t do what you wanted me to do.

“But I couldn’t fight it, I’m not strong, it hurts because no matter wat I do I will be judged. The only person I can trust is my mother who brought me into this world so understand that I am breaking, I’m breaking every single day. This industry has broken me.

Gigi then said everything that has happened to her with the Inno drama broke her because she got reminded of how she would be called ugly ever since her childhood.

“Everything that has happened in the past 2 days has broken me so I’m sorry I couldn’t be strong enough to go through with anything, I couldn’t think of going through a court case every single day, to be reminded of all the names I have been called. I have been called ugly since I was brought into this world.

Gigi Lamayne says she's been bullied throughout her career.

Gigi Lamayne trended after Inno attacked her on social media, “I’ve never met this girl but she’s after every man I date. Wtf do you want from me? I even blocked you but you are busy going after me with your struggling rap career. Why you after my boyfriend? You want our drama to start again? “I will finish you, gogo,” she said.

Gigi had been accused of dating every man Inno has ever dated. The nasty words Gigi was referring to were these below:

“Gigi if you want a boxing match I will give you one. Just because you are a sangoma, doesn’t mean everyone is scared of you. I’m still waiting for you to reply … wtf you following my man [for you hungry a*s h**e. My man doesn’t even follow you but wena o busy moghel. I thought you were busy with leftovers.”

“I used to have braces, and you decided to get them now. LOL what a joke, your lower teeth need veneers, or you can’t afford them? Now there’s levels, your braces look childish and dirty.”

“You are dirty Gigi Lamayne. You can travel anywhere you want but you will always be dirty. Look at your knuckles and your nails, you are an untidy girl.”