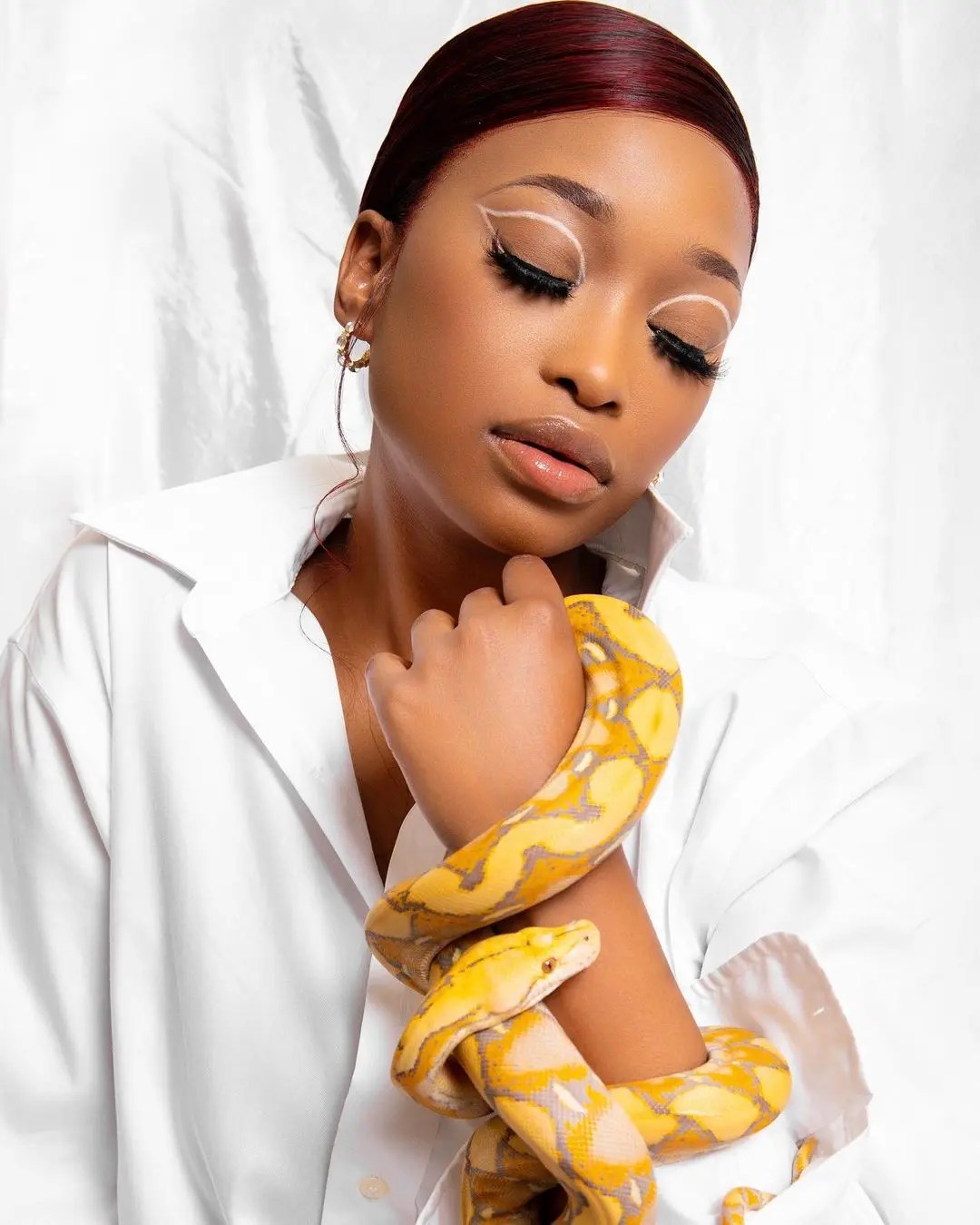 Generations: The Legacy star Zola Nombona is taking this whole storytelling thing to another level! She recently gave her fans a sneak peek inside her new project. The actress previously announced that she has decided to do theatrical story shots this year to expand her storytelling. I want to challenge myself. I am manifesting more iconic roles. Here is my first offering,” she added.

Zola posted a series of photos. In some photos, the actress is carrying a snake. Fans and other celebrities including Thando Thabethe, Thuli Phongolo, Natasha Thahane, and many more took to the comments section to react. Uzalo star Nkanyiso Makhanya responded, ” I am so scared of snakes, I wanna see the BTS of this shoot.

“Bestie were you not scared? You look so calm and so beautiful,” Tshepi Vundla asked. Zola Nombona has played many iconic roles since her first big role on Intersections back in 2013. The actress has appeared on other popular TV shows including Zbondiwe, Lockdown, iNumber Number, and many more.

However, the actress previously revealed in an Instagram post that the most difficult role she ever had to play was being a mom. 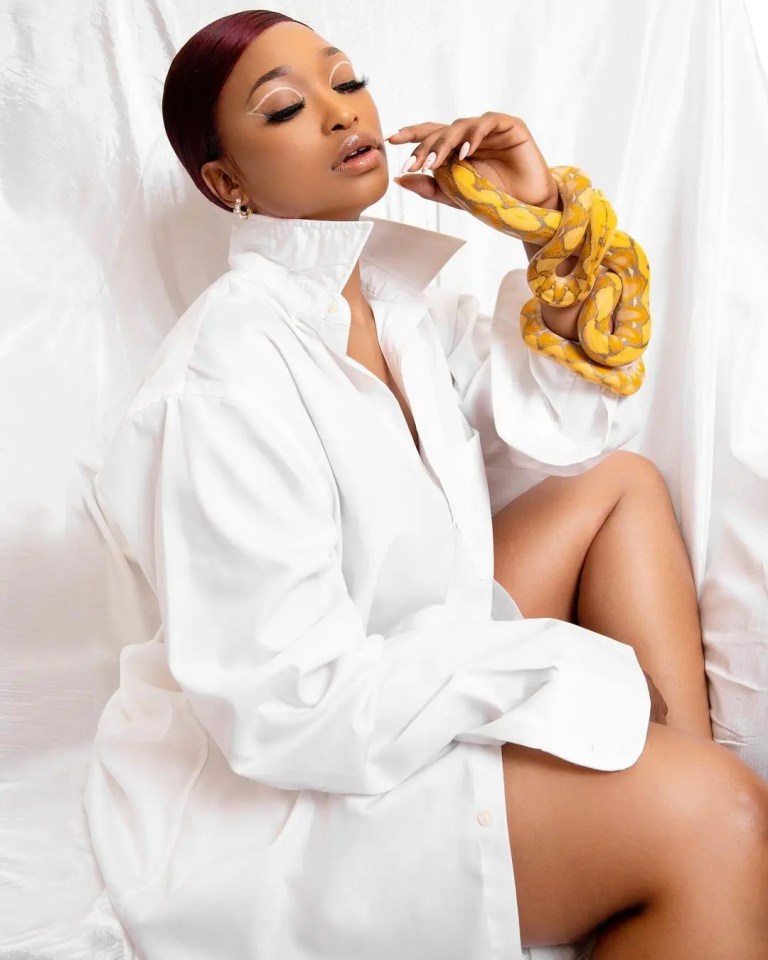 “Being a working mother is surely one of the toughest roles I’ve had to play. There are days where I find myself so tired I could cry. Then the guilt kicks in. ‘You can’t be complaining of being tired when you’ve been blessed with work, and doing what you love at that’ I think to myself. Then I start feeling the tension in my head as I head back to learning my lines and working,” she shared in her IG story.