Generations’ Sibusiso Dhlomo and Ntombi’s daughter all grown up – Photo

Generations’ Sibusiso Dhlomo and Ntombi’s daughter all grown up – Photo 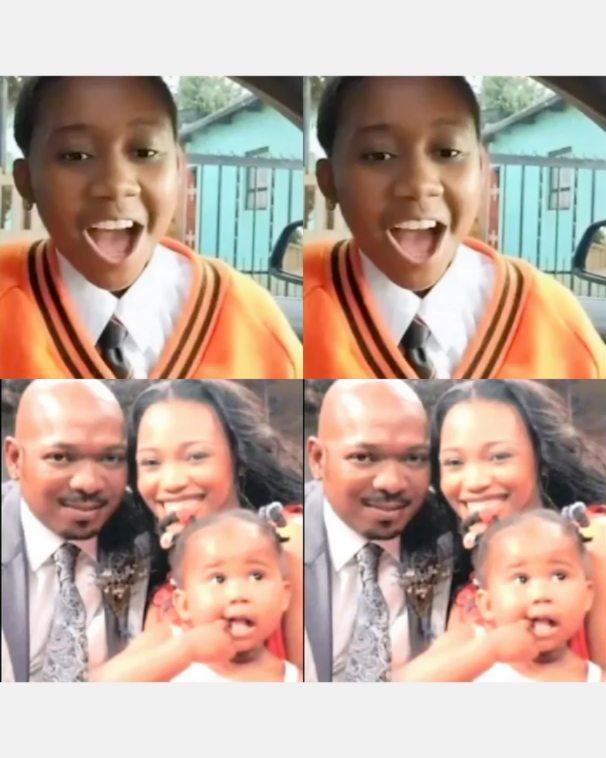 It appears Mzansi has found the young actress who played Christina, daughter to Menzi Ngubane’s Sibusiso Dhlomo and Sonia Mbele’s Ntombi. According to a social media post shared by the Insidegist – the young actress’ name is Siyamthando Moyo who is now in her teenage years.

Menzi Ngubane passed away on the 13th of March this year after he reportedly suffered a stroke. He laid was to rest in Durban, beside his father who passed away days after Menzi’s passing.

At a point, Sonia Mbele and Menzi Ngubane were SA’s IT couple on television.
Speaking about the nature of their relationship to Mac G on Podcast And Chill, the actress said that their relationship was strictly professional. “Like to a point where we even said goodbye, we respect each other’s spaces I would not call him at home, ever.” She explained.

“There were boundaries that should not be crossed and we never crossed one single one. It was highly professional.

Speaking about Menzi’s passing just after it was announced that he was no more. Sonia opened about how it affected her on social media. “I’ve been quiet because I’ve been processing I’m still battling! Ours was a love story crafted in television land, and you’ll forever remain Ntombi’s soulmate.” She tweeted.

Chatting to Phat Joe on Cheeky Palate, Sonia slammed claims that she married her ex for money. “People have always said Sonia married for money, I’m like where? That guy earned a salary. He went to work, would take his suitcase with him, come home and then earn his salary at the end of the month. He was never a BEE or tenderpreneur, we both earned a salary.”

Speaking about the nature of their relationship, Mbele added that it was toxic. There were times when they did not speak to each other for years. Now she is comfortable speaking about it because her kids are all grown up.

“Who am I married to? When you wake up and then feel like ‘I love you today, but then I hate you tomorrow’ type of thing. It doesn’t make sense how it could be that ugly.