GBV gets ugly: Pastor beats up his girlfriend

GBV gets ugly: Pastor beats up his girlfriend 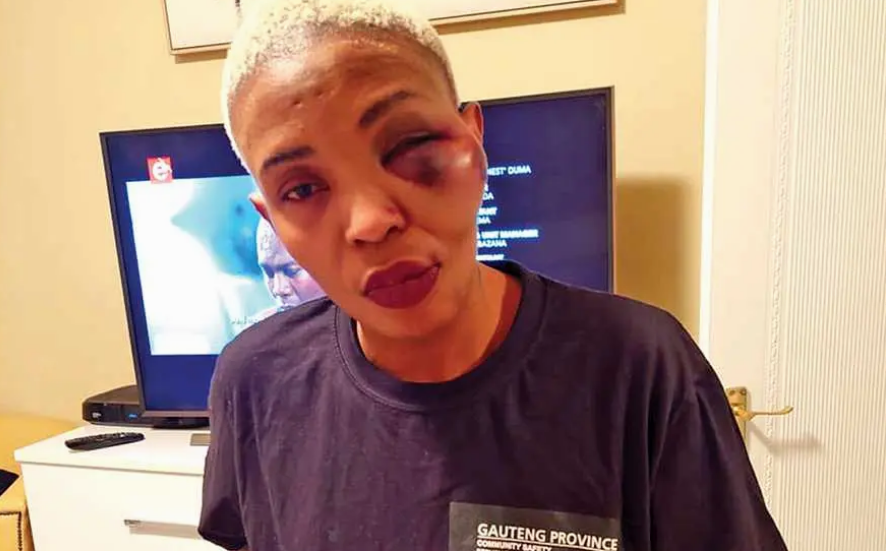 What should have been a normal working day for Sowetan Palesa Mothokwa, 34, turned into a nightmare after her ex-boyfriend viciously assaulted her, right at her place of work.

The brutal attack on Mothokwa was captured on CCTV cameras and she has identified her attacker as her jilted lover Andries Ngobeni, 48, who ironically also serves as a part-time pastor in Diepkloof.

The attack on Mothokwa started when she entered her workplace in Roodepoort on Tuesday morning with Ngobeni seen on the video forcefully grabbing the steel gate to gain entry to the company premises.

She said she had been seeing Ngobeni for the past three years, and at that time they were still taking things easy before they got into a full-time relationship a year ago.

As soon as things got serious, Ngobeni showed his true colours, she said.

“Oscar [Ngobeni] has a tendency of using God to hide his demons, as he would beat me up and later say he is possessed by demons and then urge me to pray with him,” said Mothokwa.

“He would pretend as if nothing had happened after praying, and based on his abuse, I told him that I could not be in the relationship with him anymore.

“He once dropped me off in the middle of nowhere towards Riverlea after we had an argument. He pushed me out of his car and slapped me. I was found by the police wandering.

“When the police called him, he said he didn’t know who I was.”

On the day he assaulted Mothokwa, it is alleged that he arrived at her workplace and waited for her like prey. When she arrived, he kicked and slapped her.

Images of a brutalized Mothokwa have been circulating on social media.

She added that after the assault, Ngobeni took her cellphone and smashed it on the floor before fleeing the scene.

“I fear for my life and the lives of my kids. After he assaulted me, he said that he was going to kill my kids. When he arrived there, he was chased away by the community.

“I am in hiding and I want justice to be done as I cannot live like this.”

Ngobeni, from Diepkloof Zone 1 in Soweto, handed himself over to the police after being on the run for few days.

His employer, Busi Madisakwane of Pogiso’s Tours, said that her company distanced itself from what Ngobeni had done.

“What he did to Palesa is despicable. We are against GBV [gender-based violence] as a company and for that matter, we have also suspended him,” she said.

“The Roodepoort SAPS detective unit traced and arrested one male suspect for assault with the intention to cause grievous bodily harm, after his ex-girlfriend opened a case at Roodepoort SAPS on December 7. The incident took place in General Pienaar Street, Witpoortjie. The man will appear in the Roodepoort Magistrates’ court in due course,” said Masondo.