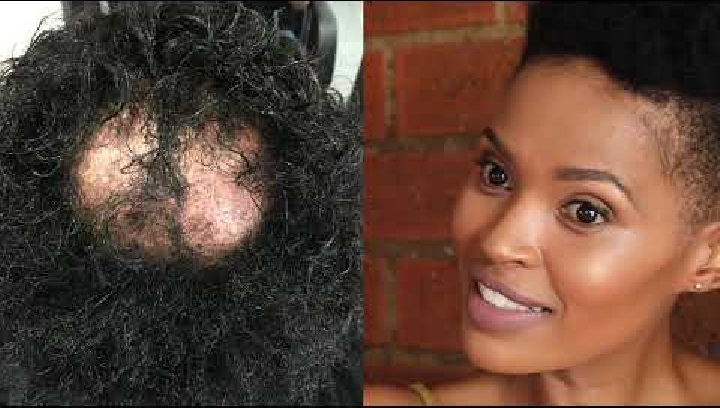 Back in 2019, actress Gail Mabalane decided to go bald after being diagnosed with alopecia – a condition which Web MD describes as an autoimmune disorder that causes your hair to come out and often results in hair loss.

Now, the Blood and Water actress has started a YouTube channel in which she has conversations about her personal hair journey and the struggles that black women face when it comes to their hair.

Taking to her Instagram page to make the announcement, Gail revealed that the channel was inspired by the number of emails and messages she received from women who had questions about hair.

“My Hair Journey – The Beginning. This Women’s Month, I’m so excited to finally take you with me on my #HairJourney. So many women have inboxed and emailed and stopped me to ask questions and get advice on this very real issue. So…please subscribe to my YouTube channel (link in Bio) and let’s get talking,” she wrote on Instagram.

In the first video that was posted on her channel, Gail talks about her overall hair journey and explains when she started to experience problems with her hair after a salon visit.

“You go into self-medicating, going online, asking a friend, and phoning around asking ‘what can I use?’ I tried everything from Bob Martins, people giving me creams, and things I could drink. So I went through a period of self-medicating where I was trying this and trying that. Prayer was my daily bread,” she said.

“After weeks of doing that, I realized that it was not working because I know the rate at which my hair grows. When I realized that my hair was not growing and that the patch was getting bigger, I [knew] that something was wrong. This was not my hair because when I cut it, it grows. That’s when I decided to consult,” she adds.

Gail then concludes the video by revealing the type of Alopecia she was diagnosed with, which she says is commonly found in black women.

She also explains that she decided to go public with her condition because this is a conversation that women need to have.

“I knew this was a sensitive conversation for women, but I also knew that it was a necessary one. And I really wanted to create a platform where, as women, we can come together and talk about something that is a big part of our identity…,” she explained.