Coming up on The Queen this September 2021

Coming up on The Queen this September 2021 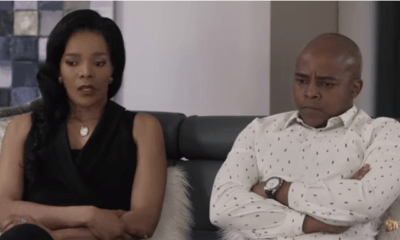 Coming up on The Queen this September 2021: Johnny and Dorothy’s scam comes to fruition and Johnny’s true colours come out. Brutus is prepared to do everything to show Noma he’s serious.

Get up and dance

Dorothy’s journey to healing is a walk in the park. Noma and Brutus’s journey comes to a surprising end.

Dorothy and Johnny’s scam is set in motion. Brutus plans to change everything about himself to keep Noma interested.

Johnny and Dorothy’s scam comes to fruition and Johnny’s true colours come out. Brutus is prepared to do everything to show Noma he’s serious.

When Johnny doesn’t come back to the house, Dorothy wonders if he’s keeping things from her. Brutus is crushed that he let Noma break his heart again.

Johnny starts spending all the money he conned out of Hector. Brutus and Noma are back on, but will Shaka ever trust Noma again?

Brutus thinks the ancestors have cursed his and Noma’s relationship. Johnny’s greed could undo the con that he and Dorothy have worked so hard on.

Johnny is living the life when he gets the surprise of his life. Brutus’ impending nuptial hits a speed bump.

Something’s off about our Johnny

Another dramatic revelation from Johnny sets off Vuyiswa’s radar. Lungile ups the ante to Brutus’ horror

The storm is brewing in Brutus’ love life. Vuyiswa is on the verge of exposing Johnny’s so-called truth.

Fake it ’til you make it

Vuyiswa’s suspicions get stronger and Johnny has to go the extra mile to cover his tracks. Olerato tries to buy Noma and Brutus some time alone but it backfires.

What’s yours is mine

Johnny manipulates the family against Vuyiswa. Brutus puts his foot down but Lungile finds another way of antagonizing Noma.

Noma reaches a life-changing decision regarding her and Brutus. Vuyiswa has to apologise to the family about her suspicions regarding Johnny.

Hector finally makes the payment to the international facility. Vuyiswa starts to investigate Johnny to find out what’s going on.

Vuyiswa cannot hold it in anymore and spills the beans. Brutus handles things his own way.

Hector throws a spanner in the works in Dorothy and Johnny’s plans by announcing that he’s going to the overseas rehab facility with them. The Khozas find out who’s behind the hijacking

Shaka makes a promise to deal with the Sitholes decisively. Dorothy’s lies and scheming start to eat away at her.

Shaka learns a shocking secret about Olerato. Dorothy prepares to come clean with the Sebatas.

Cat’s out the bag

Dorothy comes to terms with the fact that she was played in the worst way. Dorothy’s secret is finally revealed. The Khozas find themselves reunited as they gear up to fight an enemy.

In the nick of time

Just when Shaka thinks his goose is cooked, Olerato saves the day. Dorothy finally comes clean but it may be too late for forgiveness.

Premiere episodes of The Queen air on Mzansi Magic from Mondays to Fridays at 21h00.