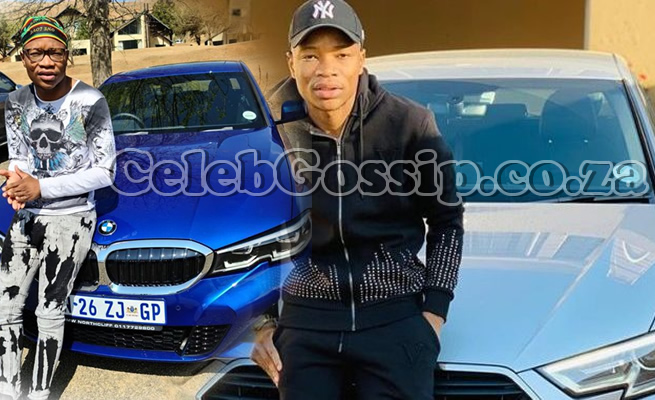 The word “crazy” comes up a lot during my tête-à-tête with international superstar Master KG.

That is the only way the 25-year-old musician, born Kgaogelo Moagi, can sum up the craziest year of his life that saw his smash hit Jerusalema break multiple chart records, scoop countless accolades and spark a viral dance challenge. As a cherry on top, he spent almost two weeks hanging out with Vin Diesel.

As he reminisces about the events of last year, Master KG is often in a daze. He looks like he’s having an out-of-body experience and he can only come back to earth by exclaiming “crazy”.
We reconnect on Africa Day, which happens to be the oneyear anniversary of dropping the Jerusalema remix, featuring Nigerian megastar Burna Boy. In July, we first sat down on the same red leather sofa at record label Open Mic Productions in Centurion, Pretoria.

“I feel like we are going to be doing this every year,” Master KG chuckles. Back then the Jerusalema buzz had started to reach a fever pitch and to say a lot has happened since is an understatement.

– Diesel. The Hollywood actor, known for his role as Dominic Toretto in the Fast and Furious series, invited Master KG to his home in Dominican Republic at the beginning of the year.

“I grew up watching his movies and sharing a room with him was unbelievable. It felt like we were brothers and there wasn’t that feeling that he’s a superhero like I saw in the movies,” he says.

“I thought he’d be this guy that hardly talks. So, I was scared when I went there. I was expecting this character out of a film and I thought how am I going to look him in the eyes? But we were sitting there sharing jokes and we laughed a lot.”

It started when rapper Ludacris’s Gabonese’s wife, Eudoxie Mbouguiengue, reached out to Master KG on Instagram, telling him that Diesel was looking for him. Before long Master KG was jetting off to an all-expenses trip to Dominican Republic.

“He gave me so much advice. He gave me a pep talk about putting Africa forward and making sure we are appreciated,” Master KG says. “He told me about his last meeting with Nelson Mandela before he died and him promising to bring Hollywood to SA.”

It was on a Monday morning, on May 25 2020, that Master KG woke up and was still in dreamland. Although he had dropped the original Jerusalema, featuring version with Nomcebo Zikode in late 2019 – the remix released on the day was game-changing.

“I never thought things will change the way that they did. It just went from zero to 100. I remember when I was posting about the remix prior to the release there was no hype.

“On the day of the release I waited for the song to drop at midnight, then I posted about it and there was no traffic. I woke up at 11am – and I was trending on social media. I woke up to something amazing and it was crazy vibes.”

It’s hard to believe Master KG and Grammy-winning Burna Boy have never met in person. “We are always talking via video calls. We made magic together, but we are yet to meet face to face,” Master KG says.

“I was in Nigeria recently, but he was in Ghana. We will eventually meet because he wants me featured on his new album.”

Today, Master KG starts a new chapter with the release of his song Shine Your Light with French house maestro David Guetta and SenegaleseAmerican musician Akon. Much like the Jerusalema remix, it was done virtually.

It’s a big deal for Master KG – growing up in Calais, some 53km south of Tzaneen, he was listening to Lonely and Right Now (Na Na Na) by Akon. He admits the stressful thing is that Akon and Guetta released smash hit Sexy Chick together in 2009 and having to recreate that magic. “Coming from a small Limpopo village, I didn’t know many big international stars, but I knew Akon. He was even played in taverns. It’s crazy that today I have him on my song.”

But if there is something that Master KG is not stressing about, it is out-performing the success of Jerusalema.

“Only God knows how the magic of Jerusalema came about. It is beyond me.

“It’s been such a blessing. I just want to make more music. What it has taught me is to never be afraid to dream big.”

The middle child of three siblings was raised by his grandmother while his mother worked out of town. Despite his stardom, Master KG is trying to keep his small circle of friends.

“My grandmother is superhyped up. There is no-one that understands me better than her. She’s so happy.

“I visited her yesterday and she doesn’t want me to leave. We always remind each other of where we come from. We just sit there and laugh.”

“I was never scared. I touched buttons that people saw from afar and people thought was impossible.”