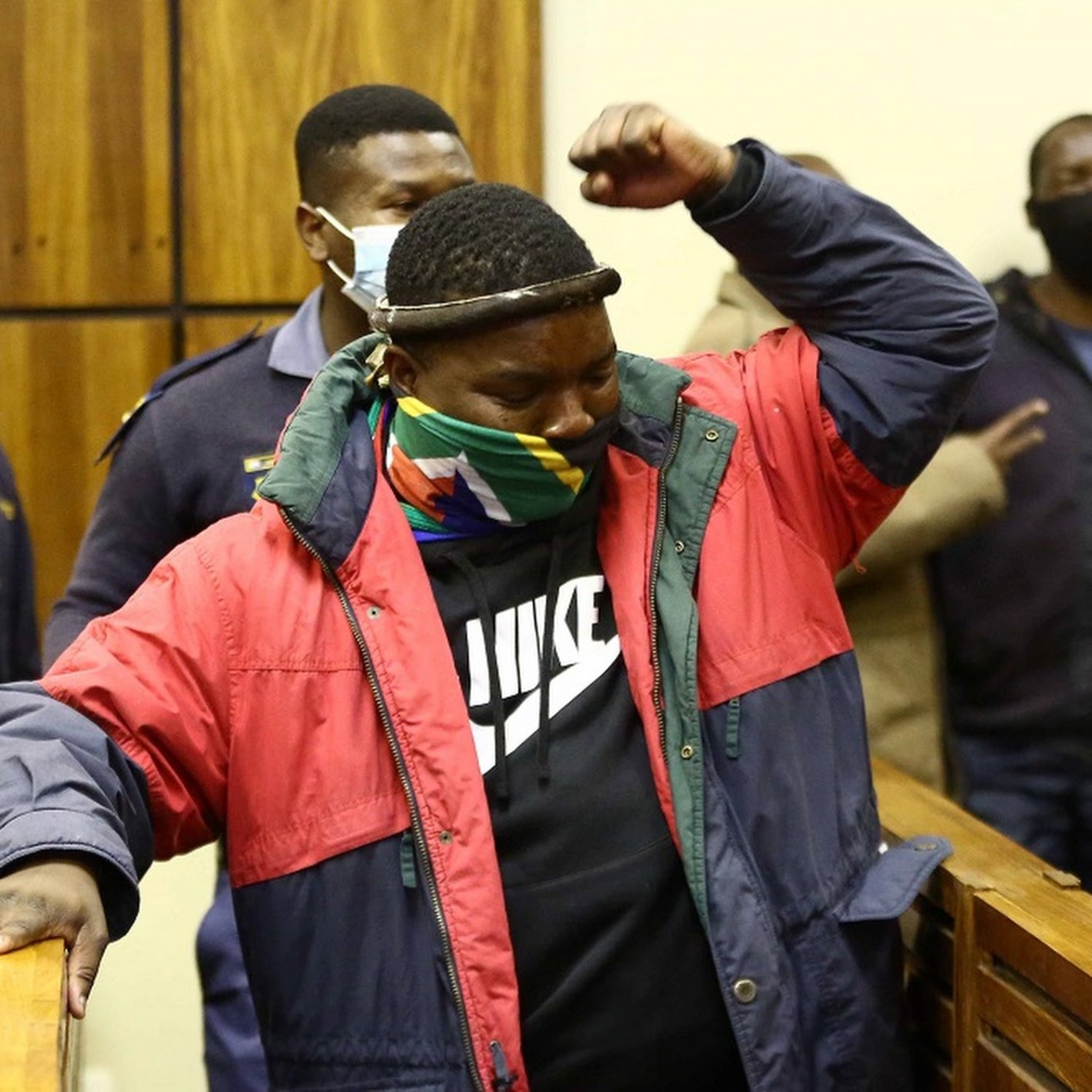 In a video clip that was shared on Facebook, he can be seen pouring his heart out, singing Thinah Zungu’s gospel song UJesu Ufik’ekuseni.

The song is inspired by a Bible verse, which means joy comes in the morning.

Thinah responded to the video: “Macingwane, all the best for your trial this week. You are in my prayers.”

Snezy Mthethwa said: “He’s the first person to be arrested for being too forward.”

Then Thabo Ndlela commented: “We wish him all the best. We love you, Macingwane.”

On Thursday, 21 October, Ngizwe will be back in the Randburg Magistrates Court for his trial, facing a charge of public violence.

He’s alleged to have incited violence in KZN and some parts of Gauteng, and is currently out on R2 000 bail.