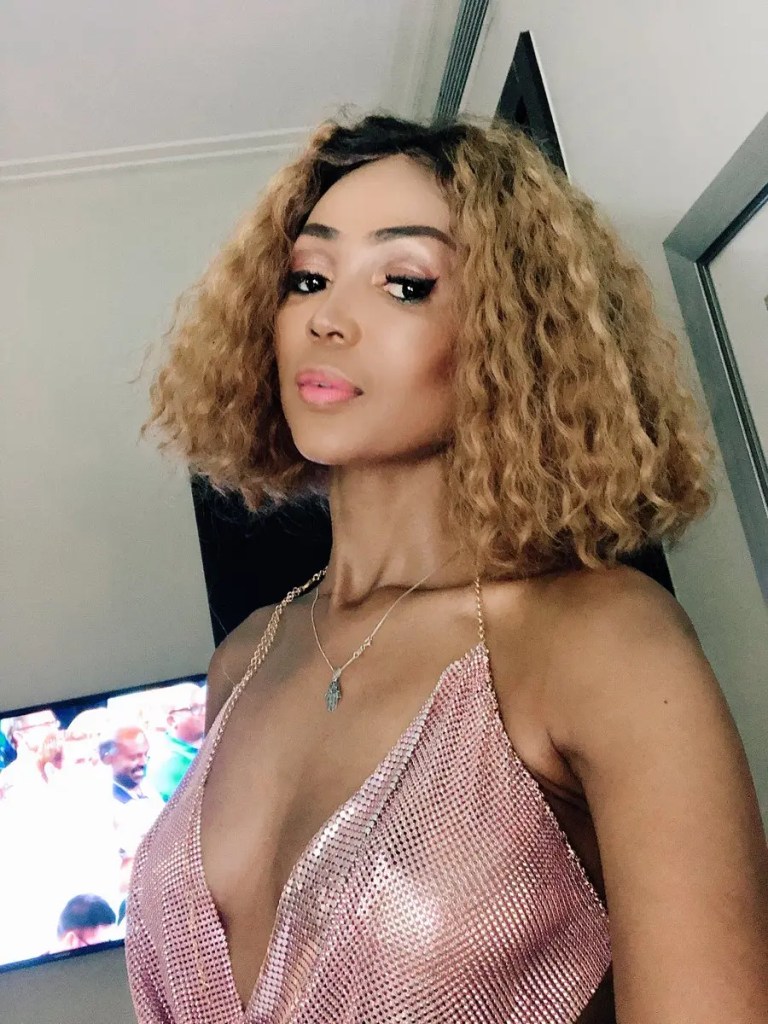 Model and media personality Babalwa Mneno‘s recent birthday celebration have shown just how connected she is with SA politicians and in her “cherry on top” moment, she’s shared that she received well wishes for her birthday from former president Jacob Zuma.

Babalwa turned 44 on Friday. Taking to Instagram and absolutely besides herself with joy, the model bragged about how important she must be to have received a message from Zuma.

“Which level of ‘I’m the girl I think I am’ is this one? I, Miss Babalwa Mneno, had the pleasure to receive a birthday message from our president JG Zuma! Like, I can’t even express how gratifying this was …

“Our former president, took time from his schedule on Friday, dressed up in his famous ‘Tea-shirt’ [sic], and made this video to honour me for my birthday! OK guys I dunno but I think I’m the girl shem! Totally appreciated the beautiful speech on pan Africanism from a living pan Africanist!” she said.

Babalwa revealed that it was her “sister” Dudu Zuma-Sambudla who made sure she received the message at her birthday dinner. 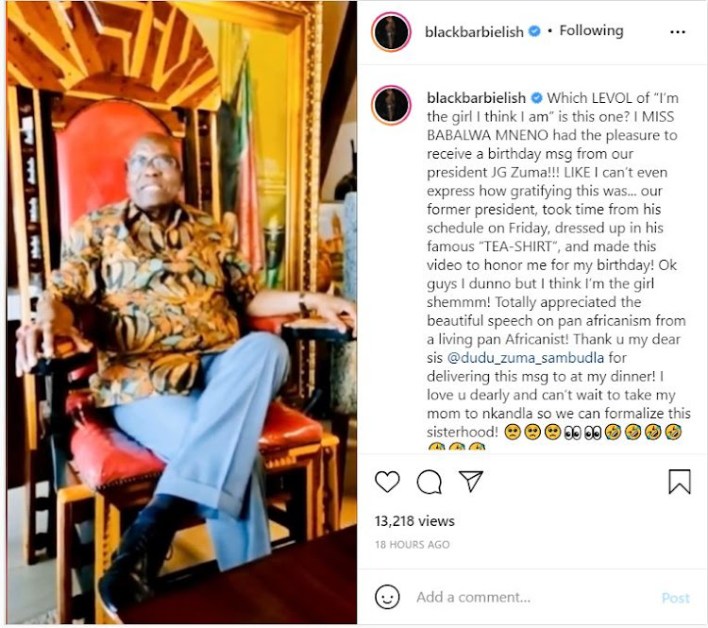 In the video, the former president praises Babalwa for being conscious about pan Africanism and hopes that she inspires others as well.

“Happy birthday Babalwa, I hear today you are celebrating your birthday and in your mind you’ve thought about an important thing called pan Africanism. I’m very happy that you are thinking about pan Africanism. I think many of your generation ought to think about this because it is an important concept,” Zuma said.

The former president added, “As Africans who are here in Africa, we need to love Africa. Part of what is pan Africanism, is the love that we have about Africa and about ourselves.”

Babalwa, who is a proud EFF supporter, also got birthday wishes from her fellow fighters, including EFF leader Julius Malema.

“Happy birthday my beautiful sister @barbiliscious. I celebrate you every day because your bravery is a special one, and it has always been like that even when it was not fashionable to do so. I hope you had a nice one, lets Konka them on Sunday,” Julius wrote on his Twitter account.

He made good on his promise to party with the model at Konka and even played a young DJ set on Sunday.