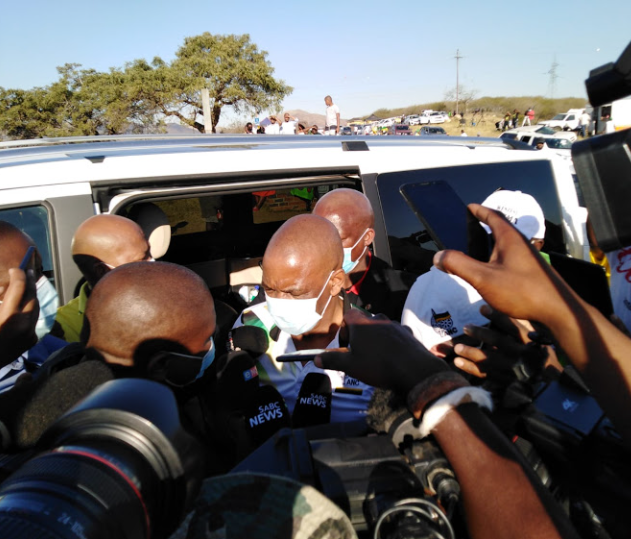 Former president Jacob Zuma arrived in Nkandla on Thursday to attend the funeral of his younger brother Michael.

Zuma who was sentenced to 15 months’ imprisonment at the Estcourt correctional facility, for failing to abide by the Constitutional Court order compelling him to appear before the commission of inquiry into state capture, was granted compassionate leave to attend his brother’s funeral.

The former head of state’s presence in Nkandla was closely monitored by four army trucks and armed SA National Defence Force (SANDF) members stationed at the entrance of KwaNxamalala in Nkandla.

Before his arrival, the soldiers set up a roadblock to stop and search motorists.

Meanwhile, three tents have been erected at Zuma’s home as male members of the family and community arrive to help cook the meat and dig the site where his brother will be laid to rest.

Zuma’s incarceration was met with weeklong unrest in KwaZulu-Natal and Gauteng which included violent looting and the deaths of 234 people.